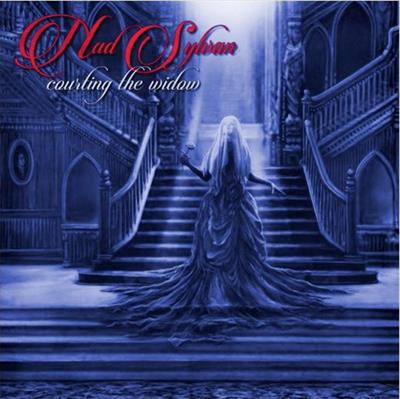 It always seems odd when you realise that your favourite artists have day jobs. Rock stars aren’t supposed to be normal, they are supposed to be flying on private jets from gigs to desert islands and back again. Ok I exaggerate, those days only ever existed for The Eagles and The Stones anyway, but still it was a monumental shock to learn that Nad Sylvan gave up his job last year to become a professional musician.

Give or take his appearance in Rednex “Cotton Eye Joe” (and go on admit it, you even liked that, right?) Nad is one of the best frontmen in the business. For the last few years he’s been bringing Steve Hackett’s interpretations of Genesis to life and doing so in an artistic, Peter Gabriel type of way. Clearly that career has evidently opened plenty of doors for the singer.

Just have a look at the cast list for this, his first solo record in 12 long years. Amongst many others Steve Hackett is here, so is Roine Stolt and Nick Beggs too. By any stretch of the imagination, a load like that isn’t going to fail, is it?

What you might not be sure of, however, is that they’ll succeed quite like this. Because “Courting The Widow” is quite brilliant.

It is nominally a concept album, about Nad’s onstage persona going on a journey on a ship where he meets the widow of the title. None of this matters, because quite honestly, if you don’t like this you don’t like Prog Rock and you never will.

Right slap bang in the middle of the record is “Turn To The Other Side”. Just the 21 minutes, if the record was this and this alone it would still be majestic, but it’s not, it’s so much more. “Carry Me Home” is expertly played and just the right side of grandiose to never get into the realms of parody. The track is light and airy, and in common with much of the work here it sounds not unlike early Genesis, but since when has that been a problem?

The title track, which was finished the day before Sylvan’s mother died in 2009, starts and ends a little Springsteen’s epic “Jungleland” with its tinkling keyboards, but becomes a glorious, complex track all of its own.

Anyone who has seen Nad perform with Steve Hackett will not be shocked that he brings buckets of flamboyance to proceedings, and listening to “Ship’s Cat” it’s not impossible to imagine the singer acting out the part.

That quirky song is one of many interesting things here, and oddly it is one of the shortest simplest on offer, “The Killing Of The Calm” that is one of the best, although this most dexterous of albums is soon back in the ambitious groove, and “Where The Martyr Carved His Name” might sound like the most heavy metal title of 2015, but in fact it’s perhaps the most prog rock cut here.

A marvellously conceived and executed collection of ideas ends with “Long Slow Crash Landing” which in the context is essentially the credits rolling at the end, a military drum beat, foreboding lead guitar, it’s very special indeed.

So is “Courting The Widow” in general. It surely wasn’t a long courtship? She must have said yes. How on earth could you resist?