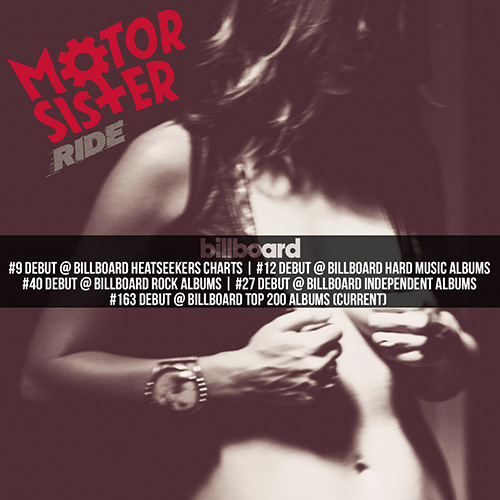 Supergroup make it big in the Billboard charts

MOTOR SISTER‘s “Ride” has debuted on the Billboard charts after its first week of release. The album cracked the top 10 with the #9 position on the Billboard New Artist (Heatseekers) chart. Additional chart numbers have been listed below!

Recently, the band’s brand new video for “A Hole” was debuted on Billboard.com. Watch the clip now HERE.

Ride was released March 10th in North America on Metal Blade Records. The album is available now at http://www.metalblade.com/motorsister.