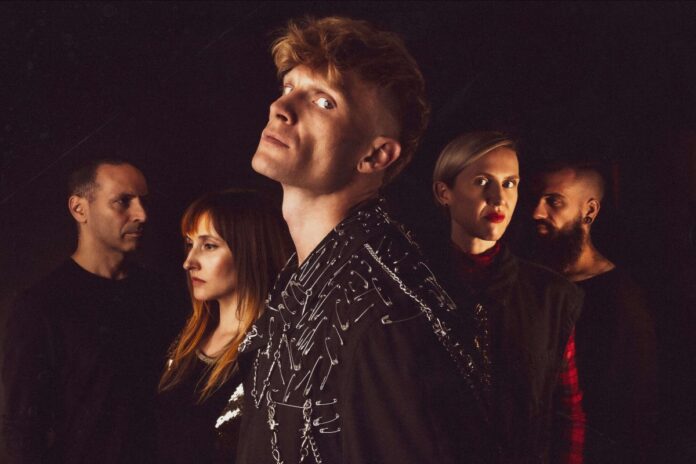 Canadian alt-rock band Mother Mother has been announced as direct support to Imagine Dragons on their upcoming European stadium dates. The run of dates kicks off in Latvia on June 1st, then to Prague with two shows at the Letnany Airport to a combined audience of nearly 150,000 people, and will continue through Europe with stops at the UK’s MK Bowl, Austria’s Ernst-Happel Stadion, and Germany’s Sparkassen Park amongst many others.

This tour follows up on a sold out American and European headline tour to start 2022, the latter postponed due to the pandemic. The band re-announced their European headline dates, to take place in November and December of this year, including upgrades to many sold out tour markets. See below for a full list of dates.

Mother Mother have enjoyed enormous success with the release of the deluxe edition of INSIDE. Their hugely anticipated single ‘Hayloft II’ reached the Top 10 on Spotify’s Global Top Songs Debut chart. Globally, the sequel to the band’s breakout hit ‘Hayloft’ has already been streamed more than 30 million times across all DSPs. All told, tracks from INSIDE have combined to cumulatively eclipsed 68 million streams globally and continue to grow. To date Mother Mother has accumulated two billion global streams, 3.1 million Shazams and 15 million active monthly listeners.

ABOUT MOTHER MOTHER
Comprised of Ryan Guldemond, Molly Guldemond, Jasmin Parkin, Ali Siadat and Mike Young, the band had a whirlwind decade; over two billion streams and views, more than 15 million monthly listeners and counting on digital platforms and 3.1 million Shazam searches. The band had a recent feature in Rolling Stone, a performance on The Late Late Show with James Corden, and made several appearances of late in Billboard’s Emerging Artist Chart, as well as topping Lyric Find’s global and US lyric search charts. In their native Canada, MOTHER MOTHER has had many top 10 singles on the alternative radio charts, including No.1’s for weeks on end and the crown of most airplay for any alternative act at radio for multiple years running. Globally, the band’s avid fanbase continues to grow exponentially, as their presence on TikTok organically exploded during the fall of 2020 during lockdown. A variety of songs from O My Heart and Touch Up were used virally on the platform over 325 million times, resulting in millions of streams and new followers on streaming platforms and socials.

ABOUT IMAGINE DRAGONS
With 46 million albums and 55 million songs sold globally, as well as 74 billion combined streams, Imagine Dragons remains one of the best-selling rock bands, reinventing the genre with their enormous breakout success across the 2010s. Billboard’s Top 3 rock songs of the decade belonged to the band – ‘Believer’, ‘Thunder’ and ‘Radioactive’. Formed in 2009, Imagine Dragons developed a grassroots following with a series of independently released EPs before making their major label debut on KIDinaKORNER/Interscope with the 2012 EP Continued Silence. Night Visions, their 2012 full-length debut, entered the Billboard 200 at No. 2 and the lead-off track ‘Radioactive’ topped Billboard’s Hot Rock Songs chart, won a GRAMMY for Best Rock Performance, and achieved RIAA Diamond status. 2015’s Smoke + Mirrors debuted at No. 1 on the Billboard 200. EVOLVE, which followed in 2017, earned a GRAMMY nomination for Best Pop Vocal Album and unleashed three No. 1 Alternative radio hits: ‘Believer’, the GRAMMY-nominated ‘Thunder’ and “‘Whatever It Takes’. All three songs were also top 5 hits at Top 40 radio, with ‘Thunder’ rising to the No. 1 spot. The band’s fourth album, ORIGINS, debuted atop Billboard’s Alternative Albums and Top Rock Albums charts and lead single ‘Natural’ spent nine weeks at No. 1 at alternative radio and set the current record for all-time “most spins in a week” at the format.

Their highly anticipated fifth studio album Mercury – Act 1 was released on September 3rd, 2021. Teaming up with esteemed producer Rick Rubin and with its title drawing inspiration from the word “mercurial,” Mercury – Act 1 is a candid album that abandons metaphorically charged lyrics and instead embraces emotional extremities, holding nothing back. It marks the band’s first album since 2018’s ORIGINS.

‘Follow You’ and ‘Cutthroat’ were the first glimpses into the new record, released simultaneously in March 2021, with the former hitting No. 1 at alternative radio and Billboard’s Alternative Airplay chart, marking the band’s quickest ascent to the top of those charts. The album’s current single, ‘Wrecked’, is a confessional exploration of grief, written by lead vocalist Dan Reynolds after losing his sister-in-law to cancer in 2019.