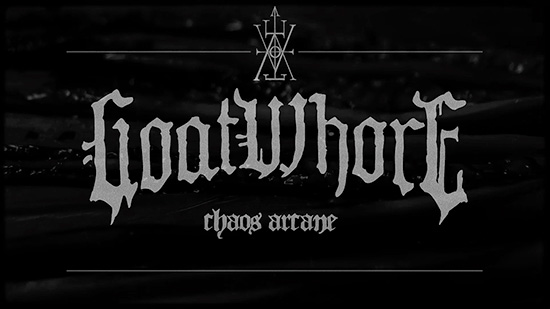 Mixed by Chris Common (Tribulation, Pelican) and mastered by Maor Applebaum (Faith No More,Halford, Today Is The Day), the ten-track ‘Vengeful Ascension’ is a sonic manifestation of war, chaos, desolation, and emotional conflict, seamlessly bridging twenty years of the band’s signature brand of audio venom. While hardly a concept record in the traditional sense, ‘Vengeful Ascension’ loosely revolves itself around Luciferian notions in title and spirit where the symbol of Lucifer serves not as a fiendish, all-destroying demon but rather an emancipator or guiding light. It’s a theme of struggle and transcendence derived from John Milton’s Paradise Lost epic and one that has appeared, whether directly or indirectly, within GOATWHORE works of the past.

‘Vengeful Ascension’ track-listing:
1. Forsaken
2. Under The Flesh, Into The Soul
3. Vengeful Ascension
4. Chaos Arcane
5. Where The Sun Is Silent
6. Drowned In Grim Rebirth
7. Abandon Indoctrination
8. Mankind Will Have No Mercy
9. Decayed Omen Reborn
10. Those Who Denied God’s Will