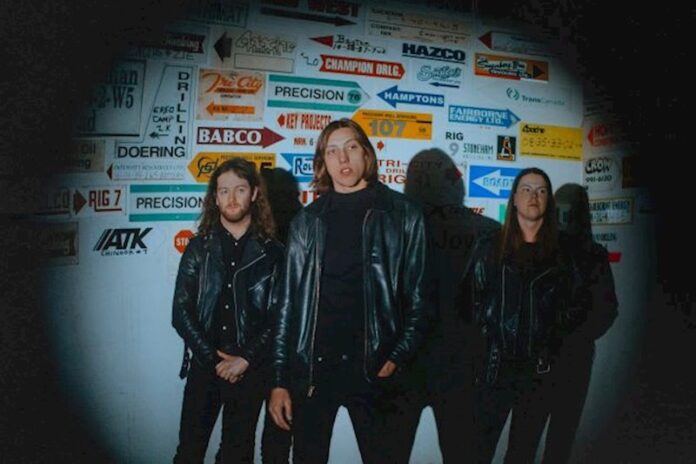 King Bull’s new EP ‘Conflicting Opinions On Mold And Bacteria’ is out now on digital platforms via Riot Records.

Hell bent on making a record that would upset folks in the FM radio industry, King Bull haphazardly put together what is undoubtedly the best EP of 2022 which is titled ‘Conflicting Opinions On Mold And Bacteria’. Fancy recording studios and high budgets were scrapped in favour of a dank mildew filled basement with a tendency to flood when a hose happy French Canadian over waters spruce trees for no reason. If you’re sick of the highly polished overproduced rubbish that everyone’s putting out nowadays, you should give this a shot.

KIng Bull began to really build a name for themselves globally with the release of their 2020 EP What Happened Here which was described as ”Sonically cohesive throughout, featuring snarling guitars, growling bass, thunderous drums and vocals that sound similar to a jet engine that isn’t working properly.” You get the drift. King Bull continue to develop their already sophisticated yet eclectic sound in 2022.

‘Don’t Want You to Know’ is louder and less logical than anything else they’ve accomplished to date, turn it up and watch the smoke pour from your amplifier as your speakers explode. The trio feel this one is sure to encourage children to smoke and dogs to wet themselves.

‘Never Seen You Smile’ does not sound like Metallica. The distorted vocal would likely be considered ignorant by most people, but there’s a chance Iggy Pop would maybe like it. If you have the gout you’ll probably be able to relate to the lyrical content.

‘Cigarette’ is about smokes and it rocks. I don’t smoke but that’s not to say the lyrical content is complete bull*hit. I tried my best at a young age. Unofficially inspired by a Daniel Romano interview.

‘Scary’ (feat. Ryan Kuly) is a noisy rocker that’s sure to resonate with fans of Chris Gains and Buckethead. Face melting guitar solo shredded by none other than Ryan Kuly of One Bad Son fame. If you enjoy the smell of burnt hair, this jam will be right up your alley.

‘I Hate Waiting’ sizzles like spam on a pan. The song itself is trans-fat and cholesterol free, but it might still give you a heart attack. It’s about impatience and bulging veins. Those with pacemakers are advised to listen with caution.