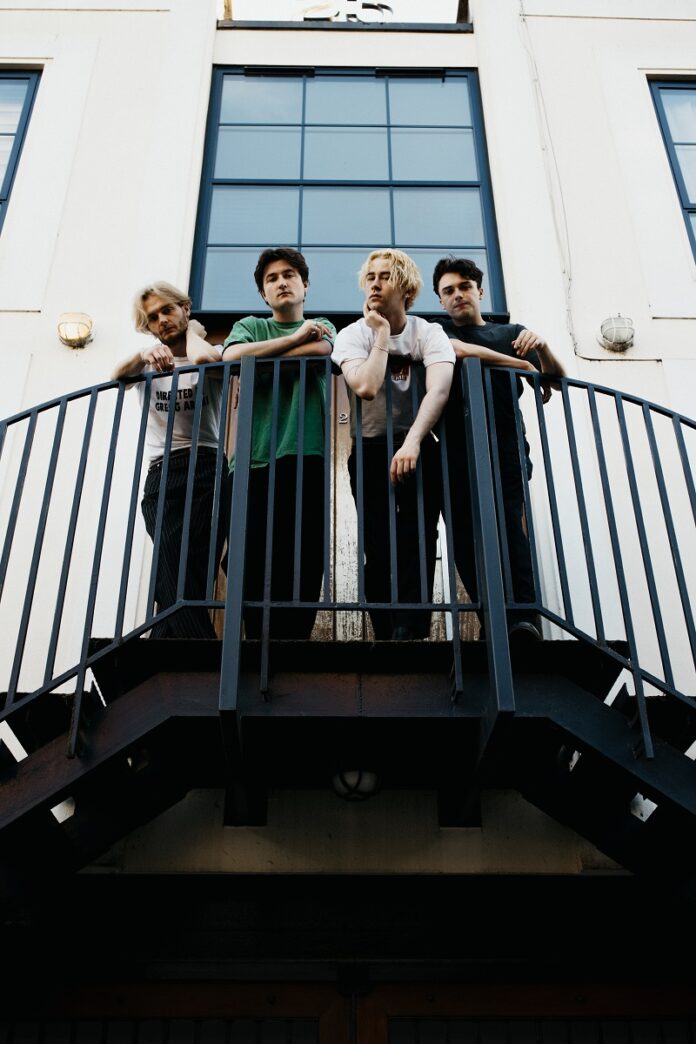 After a flurry of praise for their recent singles Don’t Wanna, Us and their Valentines Day delight Follow You, Irish indie pop rock outfit modernlove. have announced details of their eagerly anticipated new OH MY MIND EP, which arrives on 29 July through Akira Records (Phoria, Henry Green, Mt Wolf, Rosey Carney, Shura) alongside the heartfelt new single ISLANDS.

Featuring all their singles so far in 2022, the seven-track EP sees the band continue their pursuit of bright and vibrant pop rock textures that have seen the go from strength to strength over the past few years. The latest offering ISLANDS cements that captivating benchmark and makes the ideal companion track to introduce their newest EP.

Talking about the single, the band say, “Islands is a coming-of-age story; trying to cope with the fallout of a family coming apart due to a divorce and one’s own romantic relationship coming to an end at the same time. It tells the story of both, blurring them into one at times.

“The song is about the distances between people in their relationships and how, for some, it seems too impossible a task to even try to bridge those gaps. These people are made into ‘islands’ by the oceans they must travel each day to meet and see each other eye to eye.

“The song explores the ways people try to deal with this struggle and this loneliness whether it be drink, drugs or sex but, in the end, it recognises that they are simply in a painful situation that they must accept and let happen as the song ends with the repeated words ‘It’s coming apart and I can’t face it, I don’t wanna break down, but I can’t take it.”

modernlove. will also be embarking on their first UK and Ireland headline tour in November. Tickets are available now from: https://music.akirarecords.com/modernlovetour

The OH MY MIND EP follows their debut monochrome blue EP, released last September, which saw modernlove. combine their early work into a statement debut offering. Featuring the singles Liquorice, 2 Missed Calls and lmk (if you wanna see me), they received strong playlist support, landing on New Music Friday UK, Fresh Finds, Alt-Pop, and The Pop List on Spotify and New In Alternative, New Music Daily and Breaking Alternative on Apple Music. They also received strong radio support from BBC R1, BBC 6 Music, BBC Ulster, XS Manchester, Across The Line and Radio X; were named as the Official Charts Ones To Watch; and featured in the Irish Times 15 Fine Music Acts To Listen To In 2022. Live sessions with BBC Introducing and Seconds Away have also helped to cement their position as one of the most exciting up and coming acts in the country.

As the name suggests, modernlove. explore the complexities of the modern lives of twenty-somethings. Even though their lives remain complicated, Barry, Cian, Danny, and Graham, all from Drogheda, have already nailed their sound, delivering polished indie pop with a glossy 90s sheen and intricate details.