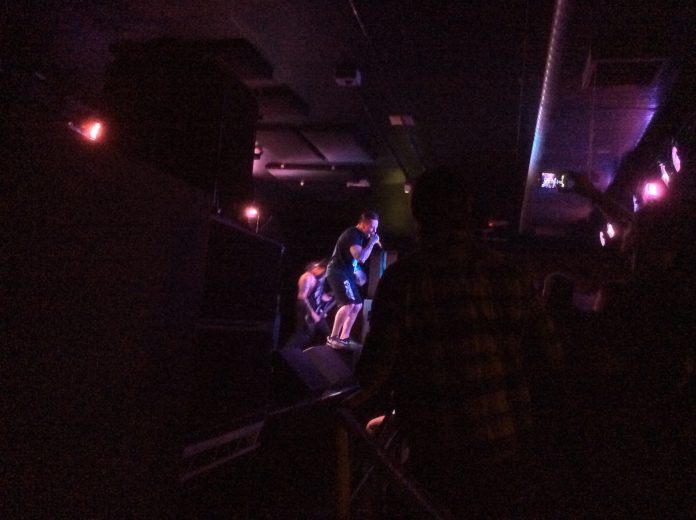 The crusade ends with an intense victory parade

The band that has to follow Evil Scarecrow is Heart Of A Coward. Actually, that won’t unduly faze the Milton Keynes mob.

Aside from being a metal outfit, they are nothing like what went on directly before them – but then what is? – what HOAC are is a damn fine modern metal band. Singer Jamie Graham is an intense character, but the band proved on other trips to these parts last year – notably with Sikth and Machine Head – that their set is one to be reckoned with.

“We Stand As One” possesses a soaring chorus and a skyscraper of a middle section. “Hollow,” the first song to be taken from their new album, due in the Autumn, is perhaps heavier and harsher. This is a fact that Graham acknowledges and adds: “if you like that you’ll like the album.” We did.

Early stuff like “Killing Fields” is delivered with tremendous passion, and you sense this is a band where half measures just won’t do, certainly the synchronised headbanging to usher in “Nightmare” is pretty full on. That’s nothing compared to “Psychophant” which spits anger over the stage one last time.

“Deadweight” is a whirlwind while “Around A Girl (In 80 Days)” ends things, and might echo Every Time I Die in terms of title, but is actually a pummelling modern tour-de-force.

Heart Of A Coward have always been compared to Graham’s former band, Sylosis. They are too good for that. Like Evil Scarecrow, the five piece are playing Download at the weekend. Opening the main stage on Saturday. If you are going to Donnington get there.

So, the Spring Crusade is over. And what a day it was. The cream of local heaviness and a couple of incredible sets from a couple of national acts, a big crowd and fantastic atmosphere. Let no one be in any doubt about this: the metal army, we are on the march into battle with whoever doubts us still – and we stronger than for a long time, today proved it.