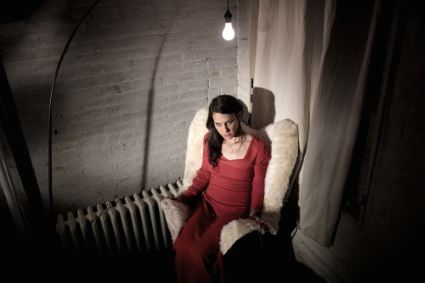 With her new album out next month, we step into Dana Schechter’s world

Dana Schechter has a deep and unshakeable relationship with music that has seen her criss-crossing over the United States, and for a prolonged stint living in Europe as she explored creative avenues with her previous projects and passions. From being offered bass lessons by Cliff Burtonat aged 15, to self teaching herself piano, guitar and drums, Schechter’s talent and abilities have led her down a diverse array of artistic paths.

Although the fruits of her collaborations brought artistic satisfaction, the ease of creating alone appealed to Schecter, and over the year in which Portal/Well was borne, Schechter wrote and recorded alone, at all hours of the day and night. The album was built with careful attention to immaculate detail, but also takes chances, pushing beyond personal barriers. The album is the product of a journey into composition and sonic exploration using a small but dynamic palette of instruments and a singular compositional voice.

Upon completion of Portal/Well, Schechter felt the addition of a live drummer would further push INSECT ARK  to expand sonically, both in the studio and live. In January of 2015, San Francisco Bay Area drummer Ashley Spungin (Taurus) joined as a band member. The duo performs together when possible; when apart, Schechter plays solo.