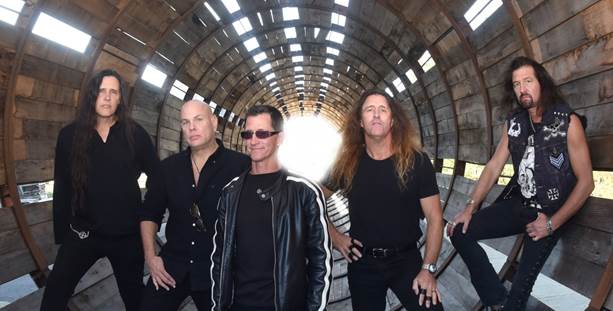 They will be touring in celebration of latest studio album ‘XI’, which was released last year via Nuclear Blast. Australian metallers MESHIAAK have been announced as support act on this trek.

Masterful METAL CHURCH guitarist Kurdt Vanderhoof said regarding the tour:
“The METAL CHURCH fans over there have always welcomed us with open arms and their passion and love for heavy metal music is second to none!”

MESHIAAK added:
“We are extremely excited to be making our debut tour through Europe with the mighty METAL CHURCH. We couldn’t be happier about starting our journey in Europe and we can’t wait to finally play our new songs live.”

The UK/Ireland part of the tour kicks off at legendary London venue the Camden Underworld on 20th June, taking the five piece to Glasgow, Belfast and Dublin, before finishing at Thekla, Bristol on 24th June.