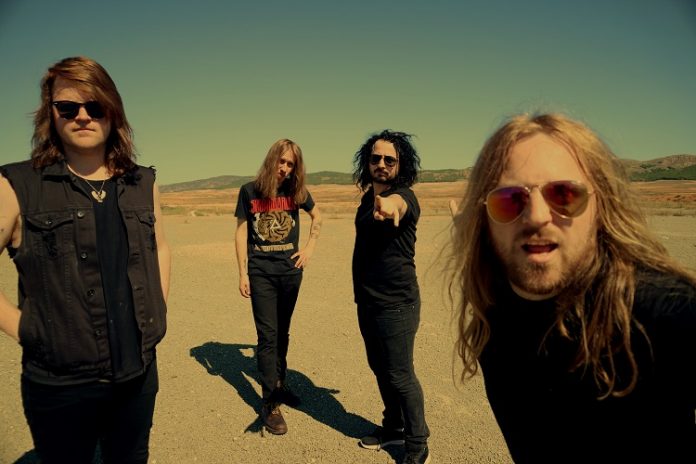 The track is the second single taken from the forthcoming record “Rebuild Destroy” due on 1stFebruary 2019, via Off Yer Rocka Recordings. “Long Time Coming” is quintessentially head-banging and foot-stomping rock ‘n’ roll: driven by solid guitar riffs, fueled by the energetic rhythmic section and tied together by Brad Marr’s fiery vocals.

Front-man Brad Marr says: “There are some super fans of rock ‘n’ roll out there that support bands above and beyond. We have slept on so many strangers’ floors or been fed a home cooked meal and we wanted thank those rock fans for all they do. We drove 500km while on a day off to the tiny coastal town called Evans Head. The mission was to play a house party for one of these super fans. This video clip is dedicated to everyone who has taken us into their home for a night”.

The new album also marks the beginning of a 5-year deal with Off Yer Rocka Recordings.

HRH / Off Yer Rocka CEO Jonni Davis added: “People know what we do, we look for special talent from all around the globe, shine a light on it and amplify in all directions, Massive are no strangers to our live portfolio but we are honored to go on a joint crusade with this third album which will make your balls vibrate”.

About the album Brad Marr says: “This is the album I think Massive were always meant to write, we had no pressure on us, we booked the recording time ourselves and just went in and laid down some high energy rock ‘n’ roll. We couldn’t think of a better team to work with than the legends at HRH / Off Yer Rocka, who are some of the biggest supporters of rock and metal music out there.”

Massive started back in 2012 with founding members Brad Marr and Ben Laguda having nothing better to do than tour the world playing rock ‘n’ roll. Two albums later and having toured with some of the best musicians in the world, the band are stronger and more determined than ever to get in a cramped van and smash it night after night. This is no frills dirty rock ‘n’ roll.

Previous article
MEAN STREETS
Next article
TO THE WORLD