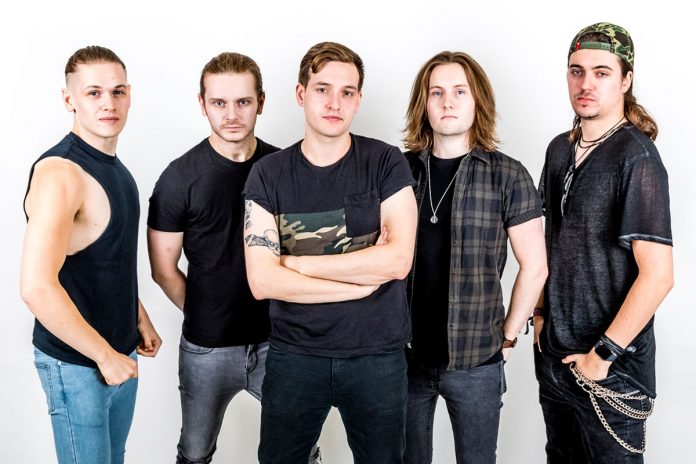 Mason Hill, one of the UK’s most exciting new young rock bands have just unveiled the video for ‘Hold On’, the first new single from the band in 2 years. Hold On raises the bar for the band, seeing them working with world leading producers and none other than Dan Reed directing the new video.

The new self-released single “Hold On” will be available digitally on 9th November. Fans can hear it live when Mason Hill hit the road for their forthcoming UK tour with The Dan Reed Network. The run of dates commences November 7th and winds up with what is sure to be a full throttle, high energy performance on the Planet Rockstock main stage, December 1st 2018.

Recorded at Riverside Studios near Glasgow, the “Hold On” single is mixed by Brian Sperber of Electric Lady Studio in New York (Ozzy, Alter Bridge, 3 Doors Down, Patti Smith) and is the first new track to herald the band’s new sound and album scheduled for 2019.