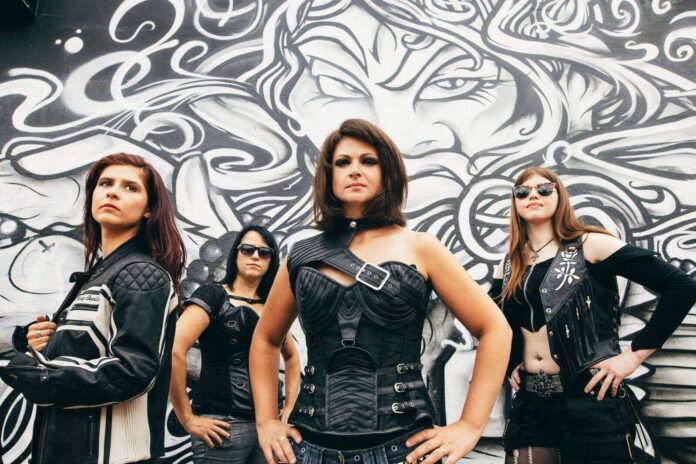 This is the band’s 3rd studio album, produced and recorded by Jason Wilson at Stakeout studios in London.

The new energetic and diverse album features 12 finely crafted songs. ‘INVISIBLE ENEMY’ is delivering powerful rock and metal anthems with a modern twist. This four-piece band are a driving force of talented musicians which transcends on to their new album with a new sound that is certainly more dynamic and heavier than before.

The drum and bass are the anchor that enforces the power of this album. The title track ‘INVISIBLE ENEMY’ is bold, dynamic, emotional and will hit you in the face.

“It took blood, sweat and tears to produce this album over a two year period of lockdown. The album was recorded over four sessions due to the UK restrictions but we finally made it to the end of the tunnel”  –  Shelley.

The album encapsulates JOANovARC’s experiences of the lockdown period, the dark times and human survival. Shelley adds ‘What doesn’t kill you makes you stronger’ was the feeling behind this album and we hope that the listener can relate to our experiences and this will take them on a musical rollercoaster”.

The ‘INVISIBLE ENEMY’ album is a continuation of the band’s journey and includes songs that have been written by the Walker sisters over many years.