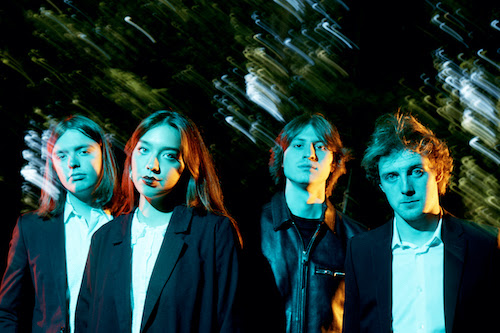 The Mysterines have today announced their hotly anticipated debut album ‘Reeling’ due for release March 11th 2022 via Fiction Records. Stream their new single ‘Hung Up’ here, and pre-order the album here.

Along with the album announcement the band have shared headline tour dates for March and April 2022, including London’s Electric Ballroom. Tickets here.

‘Hung Up’ is the second taste of the Merseyside powerhouse’s debut album, following the gritty ‘In My Head’ released earlier this summer. The new track is a stomping, unrelenting and yearning post-grunge anthem, gasping for more. Frontwoman Lia Metcalfe explains, “Hung Up is pretty self explanatory and I intended it to be that way. It’s also a very revengeful song.”

The Mysterines are a true force to be reckoned with in UK rock. Barely out of their teens, they sold out their first ever UK headline tour in February 2020, have supported Royal Blood, The Amazons and Sea Girls on tour, as well as headlined the BBC Introducing Stage at Reading and Leeds. Their fans include Steve Lamacq, Jack Saunders, Dan P Carter and Huw Stephens, alongside tastemakers NME, Independent, Metro, MOJO, DIY, Dork, Upset, CLASH and Gigwise.

The Mysterines will kick off their headline UK tour next week, and have also announced a slew of headline shows for March and April 2022 to celebrate the debut’s release. Tickets here.

Mar 30 Band On The Wall, Manchester