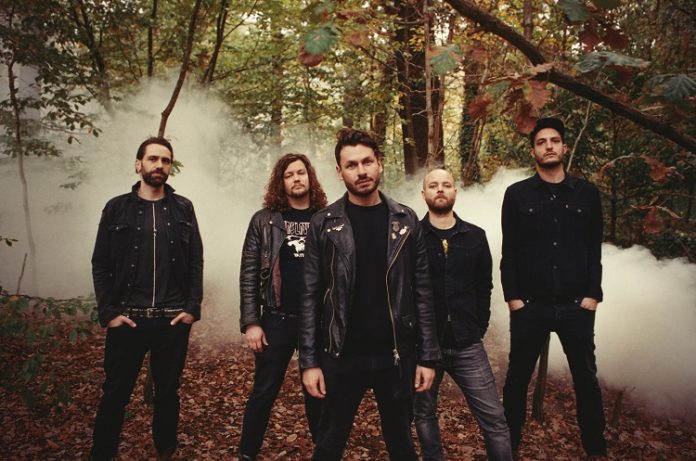 South London-based heavy rock quintet GREEN LUNG have today announced details of their debut album. Woodland Rites will be released on heavyweight vinyl, CD, cassette and digital editions on March 20, the Spring Equinox. The band captured the attention of the international underground in 2018 with the release of their much acclaimed EP Free the Witch, and spent the year sharing stages with the likes of Conan, Conjurer and Primitive Man before signing to cult Berlin-based label Kozmik Artifactz.

With the addition of new member John Wright on organ, the band have also expanded their horizons musically, voyaging beyond the doomy psych of the EP to explore a spectrum of heavy music. On Let the Devil In they conjure up a blasphemous, arena-baiting hard rock single, while on Templar Dawn they veer into the cavernous (free)masonry of traditional doom metal. The psyched-out, prog-inflected The Ritual Tree attempts to answer the mystery of ‘Who put Bella in the Wych Elm?’, while May Queen is an ergot-tinged ballad of failing harvests and human sacrifice. The overall, irresistible impression is of a young band summoning up the eccentric English spectres of 70s proto-metal, early 80s NWOBHM and 90s stoner rock and dragging those sounds kicking and screaming into the 21st Century.

Singer Tom Templar said, ‘With the response to Free the Witch, the introduction of a new member and the chance to write a full LP we’ve been spurred on to take our sound to the next level – so expect a pro-witch party album of diabolical riffs, harmonized solos, inescapable hooks and lyrics inspired by folk horror films like The Wicker Man and Blood on Satan’s Claw. We hope Woodland Rites will become the soundtrack to many a debauched backwoods sabbath in 2019.’

Woodland Rites was recorded and mixed by Wayne Adams (Vodun, Ghold) who reprised his Free The Witch duties at Bear Bites Horse Studios. Mastering was undertaken by Brad Boatright at Audiosiege. Woodland Rites will be packaged in hallucinatory artwork by renowned woodcut artist, Richard Wells (The Wicker Man, Doctor Who) on vinyl and CD, with the cassette cover featuring photography by Courtney Brooke.

GREEN LUNG will be touring the UK and EU with labelmates Deathbell in May, with confirmed shows in Paris, London, Liege and Cologne; more information will be available in due course. The band will also appear at HRH Doom vs Stoner alongside Monolord, Orange Goblin and Church of the Cosmic Skull on September 29. 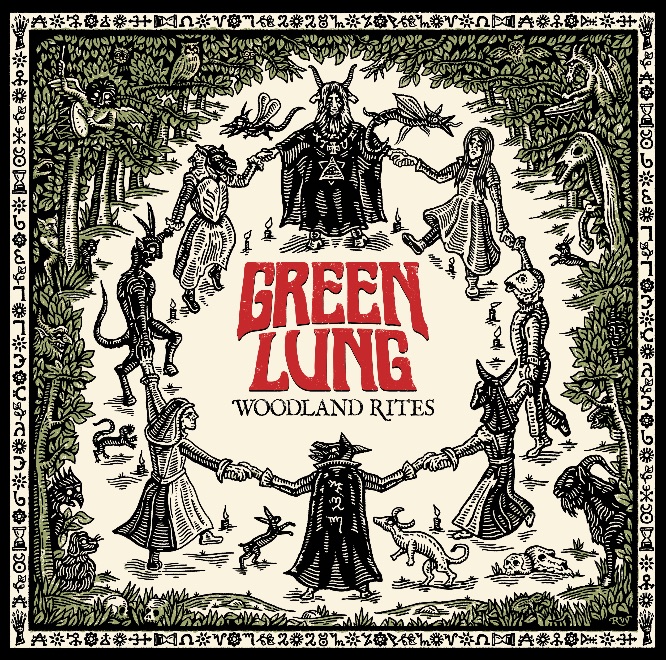 Woodland Rites by GREEN LUNG will be released on March 20, 2019. Pre-order information will follow.