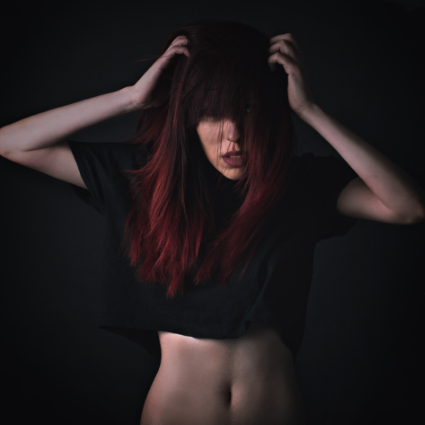 Finding Kate is the brainchild moniker of Kate Pavli. With a Greco-Australian descent and childhood background in theatre, Kate possesses a unique flare, striking style and the vocal prowess to reach the upper echelons of the rock world. Backed by Nanneq (Guitar), Chris (Keyboards), Byron (Bass) and Henning (Drums), Finding Kate’s live shows are a compelling affair with hard-hitting drums, bone-crushing bass grooves and layered guitar work, all underpinned by Kate’s emotive and highly alluring vocals. 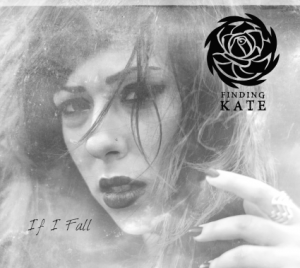 No stranger to the stage and recording, Kate released her debut EPInside Out to unwavering support. The EP cultivated a cult following in the UK and also helped to rear an established fan-base in Cyprus. Kate has since gone on to further ply her trade, notching up impressive performances at many London venues, and delivering a series of profile appearances at a number of Cypriot festivals. Kate’s debut EP showed great promise and received unfaltering enthusiasm, giving way to her desire to dig even deeper and hit even harder for the follow up. She aimed for her next release to rival the first, drawing a definitive line in the sand. And it certainly hits the mark.

True to form, Finding Kate’s debut album entitled If I Fall is rammed with a plethora of anthemic cuts laced with dark undertones that will engulf and engage. The opener Drowning takes the listener on an instant emotional rollercoaster with its measured rhythms and punchy guitar lines, all phrased invitingly for the track’s undeniably hooky refrain. The forthcoming single Forever is sure to hit the radio airwaves as it astutely displays cutting dynamics and unleashes another contagious chorus to a monumental conclusion. Get Over You, which is sure to be plucked as a single, only further illustrates the quality of song-writing and instrumentation on the record; the track is a bonafide modern day anthem and will burn long into the night. Finding Kate has a real gem of an album that deserves attention.