Lopst In The Garden Of Eden 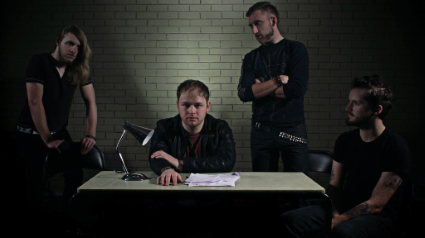 No fear on this five tracker

Alter Eden is the brainchild of front man Nick Pilgrim  and Guitarist Alex Coleman.  Formed in June 2014 the band recruited drummer Simon Whitney and Matt Latham on Bass.
Nick was the founder member of Blue Origin who in that incarnation achieved favourable reviews from Classic Rock (8/10) and two televised music videos and endorsements from the likes of Orange. When Blue Origin folded after 9 years , Alter Eden was born.

The band have an excellent work ethic and want to communicate with the fans on a regular basis by updating new content be it a lyric video, acoustic track via their Facebook page every fortnight.

2015 is looking bright for Alter Eden  with the single “Lets Be Fearless” getting huge airplay  This band really does have what it takes to succeed with a fantastic sound, huge riffs, great melodies and catchy tunes  that you will just want to keep playing.
Tracklisting