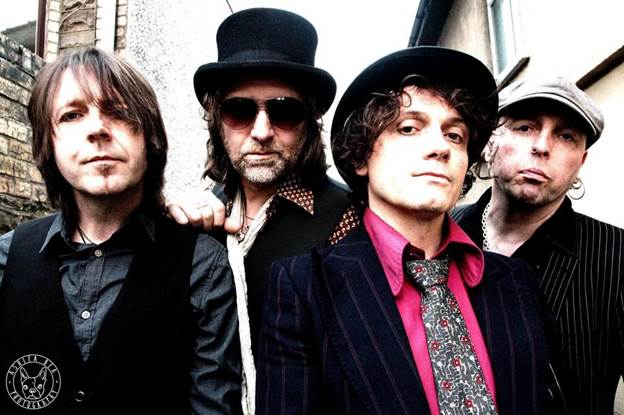 Resurgent band back on the road

Following the huge success of resurgent power-pop-rockers Last Great Dreamers’ UK tour last November as special guests to ex– Runaways’ Cherie Currie, Music News said “it was quite frankly awesome and an exercise in accomplished teamwork”,  LGD take a break from writing their 3rd album to play a small run of shows in the UK in February.

The British glam-tinged quartet gave us a taste of what’s to come last November, releasing the first of their brand new material, single Dope School, to rave reviews.

Guitarist & vocalist Slyder says – “work is underway writing & rehearsing new stuff for the album, it’s sounding fantastic & we are sure our fans will love it. Although the studio work is rewarding there is nothing like playing live & the Cherie tour was such a great experience we were missing doing that. We have plans to tour later in the Spring but got some offers from a few venues we had played last November so we jumped at the chance to get back out there just for a few shows.”

Following these February gigs Last Great Dreamers will start a pledge-music campaign for their new album to coincide with a second single from the album & a support tour with Welsh Glam titans Tigertailz in April. LGD’s yet untitled 3rd album is scheduled for release in August.