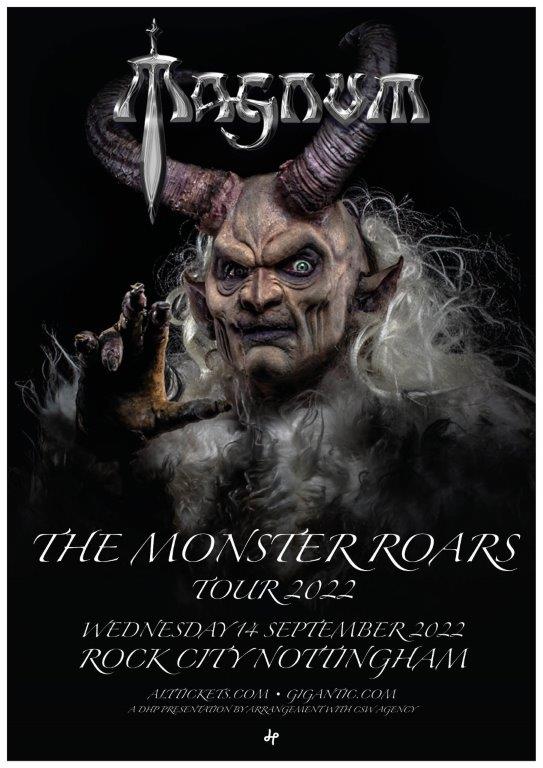 It only takes the opening few seconds of the first track “Days Of No Trust” to change the crowd from respectable excitement into pure musical worship.  It is possible that there are a number of people in the crowd tonight who are seeing Magnum for the first time.  Others may well have been going to their gigs for more than forty years.  Whichever camp you fall into the experience is the same.  You are witnessing genuine legends of melodic hard rock.

The album they are touring on the back of is their 22nd studio release.  That might not be a huge amount when comparing to Frank Zappa or Bob Dylan but nonetheless for forty four years they have, almost single-handedly at times, keep the UK melodic rock scene alive.

Classic albums such as Chase the Dragon, On A Storyteller’s Night and Vigilante are written in stone in the tablets of rock music and tracks from all three are displayed and performed as powerfully as when they were first recorded.  In truth it’s almost impossible to go wrong when “Sacred Hour”, “Rockin’ Chair” and “Where are You, Eden?” are rolled out like old friends.

The band’s debut album “Kingdom of Madness” was released in 1978 and since that moment Messrs Catley & Clarkin have not stopped pushing Magnum forward, save for a lengthy spell in the mid-90’s to early 2000’s when the band was on hiatus.  Wordsmith Clarkin is responsible for the band’s ethereal and often fantastical lyrical visions whilst the energy and actor to Clarkin’s words are in the form on Bob Catley.  A man with far more exuberance and energy than should be legal for a man of his advancing years.

They say with ageing boxers that the last thing to go is their power.  The same could be said for Magnum who are performing like they are in their prime.  Part of the reason for that may be that they refuse to become a heritage act and the consistent high quality of their recorded output and live shows over the past twenty years or more is testament to that.  Bands with far less miles on the clock settle for trotting out greatest hits sets for decades and give up creating new music however this attitude is an anathema to Magnum.

Blistering versions of the two new tracks “The Monster Roars” and “The Day After The Night Before” are greeted with the same reverence as the established classics which is the reason why the band keep creating in the first place.  Vindication if ever it was needed.

Donnie’s Rating: 8.5/10 An excellent way to spent 90 minutes in the company of bonafide rock legends.