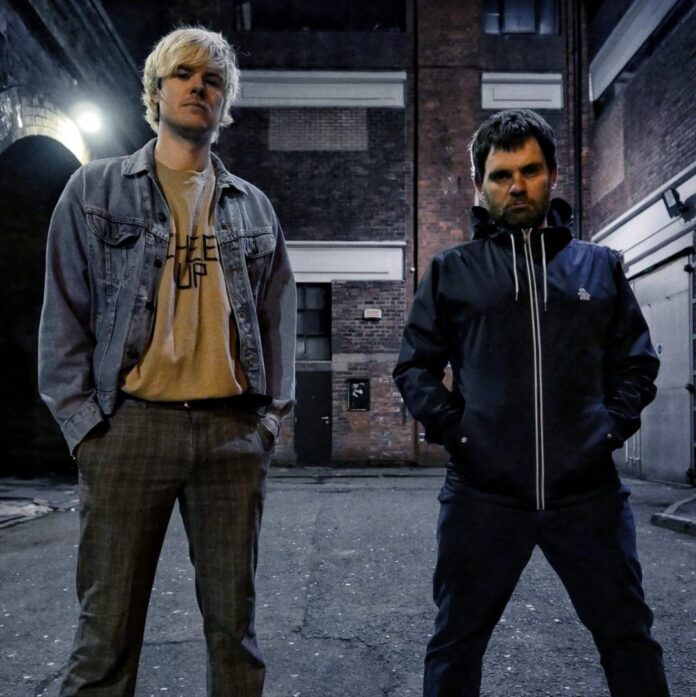 Glasgow laptop-rock duo MEMES will be hitting the road with The Parrots this June.

Fresh off the back of some impressive showcase sets at SXSW and The Great Escape, the indie-punk two-piece will be back on the road in the lead up to Summer with a string of dates around the UK.

Bringing their frenetic and furiously-infectious brand of indie-punk to the run of live shows with Madrid rock’n’roll duo The Parrots, the tour follows MEMES’ successful sell-out Winter European tour, which saw them play alongside peers including Billy Nomates and English Teacher.

With their relentless anti-anthem “Second Thought” released earlier this year, MEMES are also gearing up to the release of their upcoming EP, produced by Darwin Deez. Arriving as a feverish follow-up to last Autumn’s “Heavy Night“, “Second Thought” couples an erratic agit-punk electricity with a boiling-point bassline, the track is as paranoid as it is unpredictable and grapples with the dangerous thoughts we all have ticking away at the back of our minds.

“I’ve often wondered what people are really thinking when I talk to them. Behind the mask and the measured words. So, I started imagining these cartoon conversations where involuntary thought bubbles would appear above people’s heads as they spoke, betraying what they truly thought. That’s what gave birth to the song”.

MEMES are cousins John and Paul McLinden. Forming in 2019 with a name that adeptly mirrored the sardonic sense of fun to be found in their laptop-rock creations, the band released their self-titled debut EP on Fierce Panda Records less than a year later and have been twisting heads ever since.

Performing at festivals from SXSW in the US, to Brighton’s The Great Escape, Wide Days in Scotland and c/o pop in Germany, MEMES have quickly earned a reputation for their sensory blitzing shows and unconventional stylistics; earning praise from key supporters including Pitchfork, The Skinny, BBC Radio 1, BBC 6Music, KEXP, Amazing Radio, BBC Radio Scotland and many more.

After time in the studio with artist and producer Darwin Deez  fine-tuning their highly anticipated follow-up EP, MEMES are now preparing to hit the road again this month. Full dates and details below.