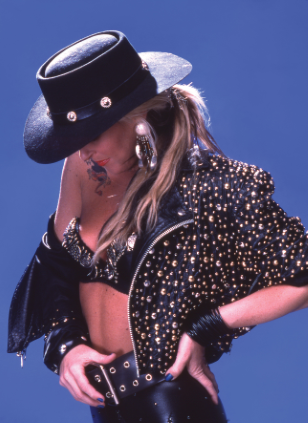 The Queen of hard rock rummages through her drawers

Lita Ford, the platinum selling, Grammy nominated ‘queen of hard rock’, has delved deep into the vaults to release ‘Time Capsule’, a very special collection of previously unheard recordings, as a Digipak CD and as a blue vinyl LP (with CD in a paper sleeve), on Steamhammer / SPV, on April 15th. 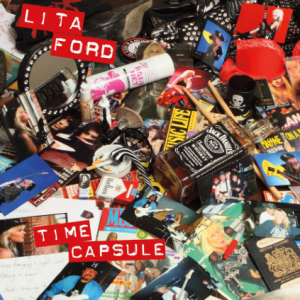 Lita, who recently accepted Guitar Player’s Lifetime Achievement Award, is set to publish her soul baring autobiography, ‘Living Like A Runaway: Lita Ford, A Memoir’, documenting her journey from all girl band The Runaways to major solo successes, on February 23rd. ‘Time Capsule’, containing a host of ‘lost’ recordings from the late 1980’s, is being offered as an audio complement to the book.

In these ‘lost’ recordings, you hear what happens when insanely talented musicians get drunk, hang out, end up in a room together with a ‘Screw it, let’s play’ mentality, jamming without any planning or pressure. Explaining how the songs were captured, Lita recalls; “We had a break between recordings and it seemed so many us were always in the same place, at the same time. George Tutko was one hell of an engineer, coming off the platinum-selling ‘Lita’ album. He asked me, “Who will produce?”; I replied “I will”, because I knew George had my back and I wasn’t alone on this.”

Participation happened spontaneously. She remembers how one recruitment went down, saying, “Dave Navarro walks by. We grab him and tell him, ‘Play something on this song. Here, play this mandolin!’ And boom! He does it.” She continues, “These recordings have attitude. All of these rock stars were recording in the local studios. There’s also Cheap Trick — the identifiable voices of Rick Nielsen and Robin Zander singing backing vocals. Gene Simmons played on and co-wrote ‘Rotten to the Core.’ W.A.S.P. Chris Holmes is in the introduction to the album and is the first thing you hear, stomping around looking for the keys to his ‘Ford.’ Billy Sheehan was one of my best friends, and I asked him what he was doing. I said, ‘Want to play bass?’ We didn’t know how long itwould take; we were simply having fun.”

The tapes were then filed away and forgotten about until Ford rediscovered them last year. She recollects; “There was a shitload of these 24-track analog tapes in the closet in my house [in the islands]; this is some of the best work I’ve ever done and it was sitting there. I grabbed two suitcases and took them back to the United States.” After dragging the tapes from the Caribbean to Los Angeles, Lita recalls that “We had to bake these fuckers,” due to their age; “If you just put them on the reel, they would flake. I was chewing my fingernails, thinking, ‘Please work’’ And they did!”

‘Time Capsule’, made organically with some of the most badass and gifted musicians from the ’80s, perfectly captures the vibe of that fertile and whiskey-soaked pre-grunge period when thrilling vocal performances, raunchy riffs and loud, growling guitars were as essential as oxygen.