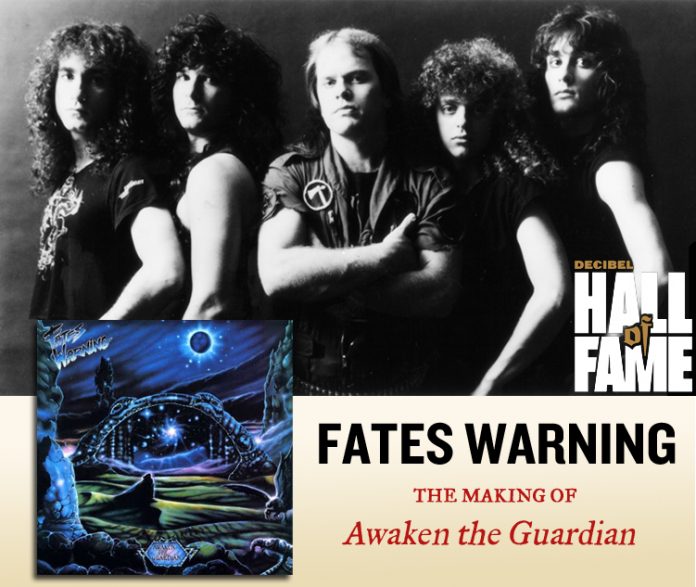 Quite possibly one of the most influential progressive metal acts in the scene today, Fates Warning virtually created the genre back in 1984 by combining elements of pure metal and traditional prog rock. Now, for their efforts, the band has been inducted into Decibel Magazine‘s “Hall of Fame” for their third album, Awaken The Guardian – which was originally released by Metal Blade Records in 1986. To read the full 7-page story about Awaken The Guardian, be sure to purchase the latest issue of Decibel Magazine onlinehttps://store.decibelmagazine.com/collections/back-issues/products/april-2016-138 or at newsstands now.

Awaken The Guardian is Fates Warning‘s last studio effort to feature original vocalist John Arch; it is also the first album released on the Metal Blade Records to chart in the Billboard 200, debuting at #191. Since its initial release, this seminal record has been re-issued as a 2CD/DVD set, plus black and limited transparent blue vinyl, which can be purchased at:http://www.indiemerch.com/metalbladerecords/band/fates-warning. See below for packaging details.