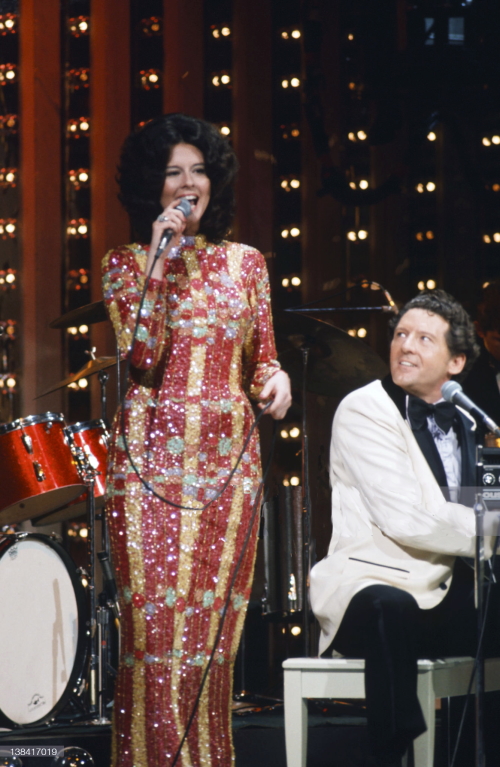 Today, the world mourns the passing of one of music’s most beloved figures, rock n’ roll pioneer and piano-playing icon, Jerry Lee Lewis who died today at the age of 87. Lewis is a cultural figure of gigantic importance, the first “wild man” of rock n’ roll who won multiple Grammy awards, influenced countless artists including The Beatles, and gifted the world with some of the most memorable songs including “Great Balls Of Fire,” “Whole Lotta Shakin’ Goin’ On,” “High School Confidential” and many, many more!

Lewis is survived by, among others, his sister Linda Gail Lewis, an incredible music talent in her own right who just recently completed a US tour with rockabilly guitarist Danny B. Harvey and her daughter Annie Marie Lewis where they performed some of her brother’s classic songs to enthusiastic audiences. She also recently released a collection of her early work Early Sides 1963-1973, which includes two duet tracks with Jerry Lee, as well as a live DVD entitled Family Jewels. Linda Gail also recently teamed with another famous family member, Mickey Gilley, for a version of “Splish Splash” that features Ann-Margret, Danny B. Harvey’s band The Rockats. In addition, Linda Gail Lewis is preparing a heartfelt tribute album to her brother as well as a rockabilly cover album with a series of special guest stars to be released later this year.

Linda Gail had this to say on the passing of her brother and her role as his musical heir:

“I can’t believe my big brother is gone, my world will never be the same again. From the first moment I opened my eyes he’s been my protector and inspiration.  As a child I grew up watching him play piano in our house and developing his distinctive piano and vocal style that would change the world only a few years later. Jerry is the one that first took me into the studio, made me sing my first notes and record my first record at 15 as a duet with him. I owe him my entire career and my life to him! Every unforgettable experience, every song we sang together, every stage we shared on the road for over two decades will never be forgotten by me, and hopefully not anyone that was there.

The world has lost a light that we’ve been blessed with for 87 years. I hope,  in my own humble way, I can keep my brother’s memory alive and as long as I can breathe, every breath will be a tribute to his legacy, the greatest piano player, singer and brother the world has ever known. God bless you Jerry Lee Lewis, I love you!”

Across the country and around the globe, select events are being planned to mark the passing of the great Jerry Lee Lewis and to celebrate his life in a way that would make him proud – with live musical tribute performances featuring Linda Gail performing along with several special celebrity guests.