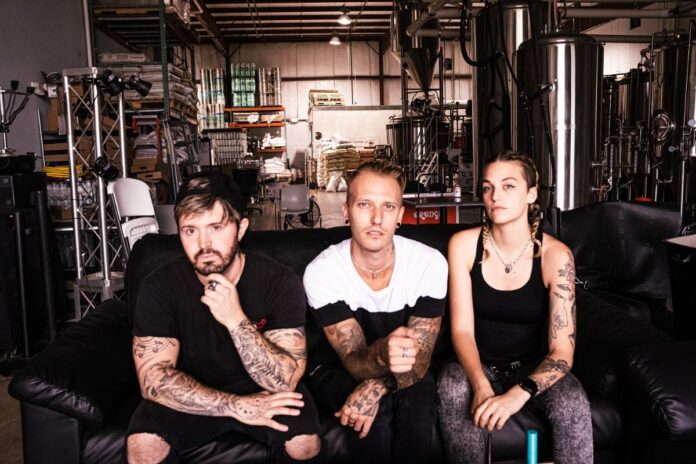 Artistic visionary, singer-songwriter, producer, audio engineer, and lover of life, Kulick continues to mesmerize music fans with an ever-growing catalog of deeply personal, yet relatable songs that combine his roots in heavy rock music with ultra-catchy pop melodies, resulting in a sound all his own.

Now he has released a video for the pithy ‘The People I Know (Don’t Like Me)‘ which he says “This song is about growing up around people you don’t fit in with. I felt like a was dropped in my hometown from some place in California, and I was looked at as if I was from another planet.  I didn’t really respect what a lot of people were doing (or really not doing) with their lives, and I was being pushed down for having aspirations.”

With his debut album, the highly introspective ‘Yelling In A Quiet Neighborhood’ (and its acoustic companion piece ‘Sitting In A Quiet Coffeehouse’), Kulick challenged himself by expanding his sound while tackling subjects close to his heart with his songwriting.

Various singles taken from ‘Yelling In A Quiet Neighborhood’ landed on a number of highly coveted Spotify and Apple Music playlists (resulting in over 5 million streams worldwide), He also received glowing media coverage from several national and international media outlets including Spin Magazine, American Songwriter, Substream, The Noise, and Rock Sound.
Kulick realizes “We are here until we aren’t, and that’s okay. It has to be. Make it worth your time” and hopes humanity can “Spread love. Have gratitude”