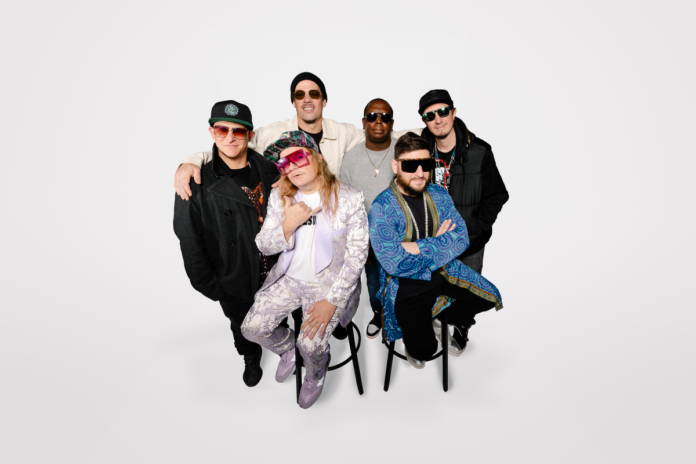 Pre-eminent funk outfit Lettuce have announced that their brand new album, ‘Unify’, will be released on 3rd June. The eighth studio record in total by the Boston, US-based sextet, it is their third in a row to be made at Colorado Sound Studios in Denver and completes a loose trilogy that began with the GRAMMY-nominated ‘Elevate’ (2019) and was continued with ‘Resonate’ (2020).

Fans can still expect plenty of the ultra-funky, soulful and largely instrumental tracks that Lettuce have always been known for, but in the tightest form they have ever taken. This time around, they have also received the stamp of approval from one of the genre’s legendary icons, Bootsy Collins, who can be heard singing on the song ‘Keep That Funk Alive’.

An introductory single from the album entitled ‘Gravy Train’ is available from today. It features a tightly evolved rhythm section, pin-point accurate horns and guitar-bass interplay not executed this well since The Meters half a century ago. “It just has that classic Lettuce vibe,” states guitarist Adam ‘Shmeeans’ Smirnoff. “It’s one of those songs that’s timeless and could have shown up on any of our first albums. This one is for the OG Lettuce Heads.”

Approaching three decades since their humble beginnings, Lettuce essentially lived on the road until being forced off it in 2020, embodying the sly wink of their moniker: Let us play! They start touring again imminently. “We dreamed this up when we were teenagers, and here we are. We’re still doing it,” says saxophonist Ryan Zoidis.