Let Me Hear You Scream! 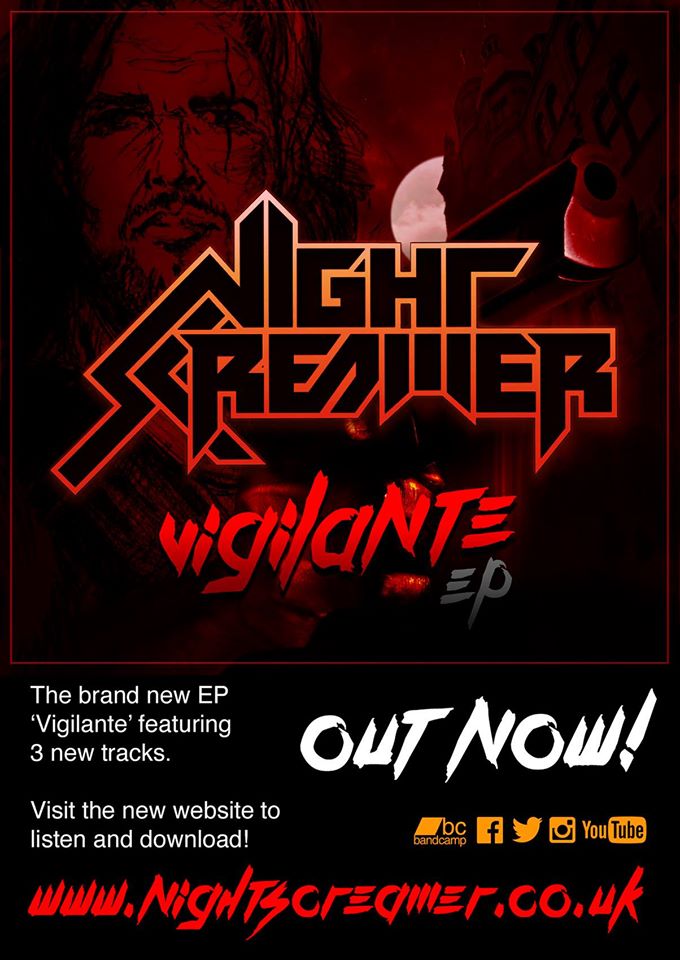 Night Screamer is a heavy metal project conceived in London town in the Autumn of 2013. Their music is a mix of classic metal, hook laden hard rock riffs and 80’s nostalgia from which you can expect a powerhouse of rhythm, soaring vocals and screaming guitars.

2014 saw the band emerge onto London’s metal scene releasing their debut EP ‘Hit N’Run’ and landing gigs at some of the most popular rock and metal venues in and around London, supporting notable bands such as Neonfly and Night by Night and headlining shows at Camden’s Black Heart and Islington’s O2 Academy 2.

In early 2015 they reached Bloodstock’s ‘Metal To The Masses’ semi finals before hitting the studio to begin recording the 2nd EP.

‘Vigilante’ was recorded and produced in the east of London, its concept focuses on the conflict between the individual and society in a modern dystopia dominated by corporate war and paranoia, where the Vigilante takes justice into his own hands.