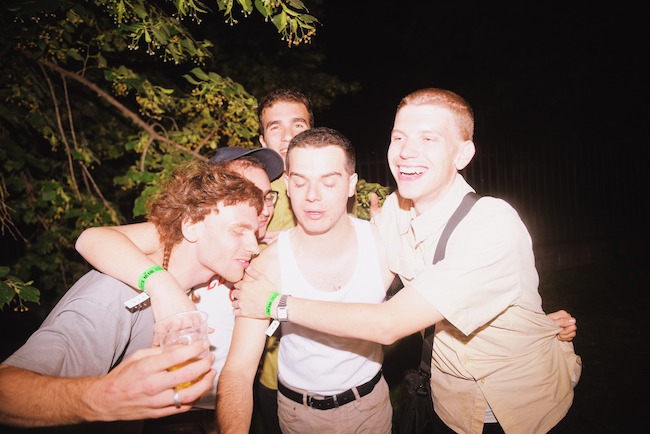 Following the release of their debut ‘Fiesta‘ at the end of 2022, Italian post-punk band Leatherette have today shared the video for ‘Thin Ice‘, a turmoiled love song about taking risks and one of the album’s most distinctive tracks. “Musically, it’s a nervous mid-tempo post-punk-ska orchestral tune, sort of Talking Heads-esque. Lyrically, it is quite representative of our approach, both as people and as a band. An approach that can be summed up by the famous Winston Churchill’s quote: “If you’re going through hell, keep going”. We learnt, as musicians and young adults, that things tend not to work properly way more often than they do. But it’s not a big deal, It’s actually what makes life, love and art so special”.

The video, directed by Niccolò Bassetto, addresses delicate topics like fear, violence, obsessions and ambiguity with nonsense irony and punk insolence, by showing a nightmare in which the famous cartoon character Cookie Monster from Sesame Street becomes a sadistic kidnapper who tortures the band. In the final scene, Cookie Monster rebels against his puppet nature to become a puppeteer, guiding the musicians, transformed into puppets, through a desecrating “baptism by fire.”

Leatherette will be touring Europe and the UK in the Spring, including a show at London’s The Shacklewell Arms on 22nd March. Full dates are below:

Previous article
SUN CITY
Next article
A FANTASIA OF ASIA