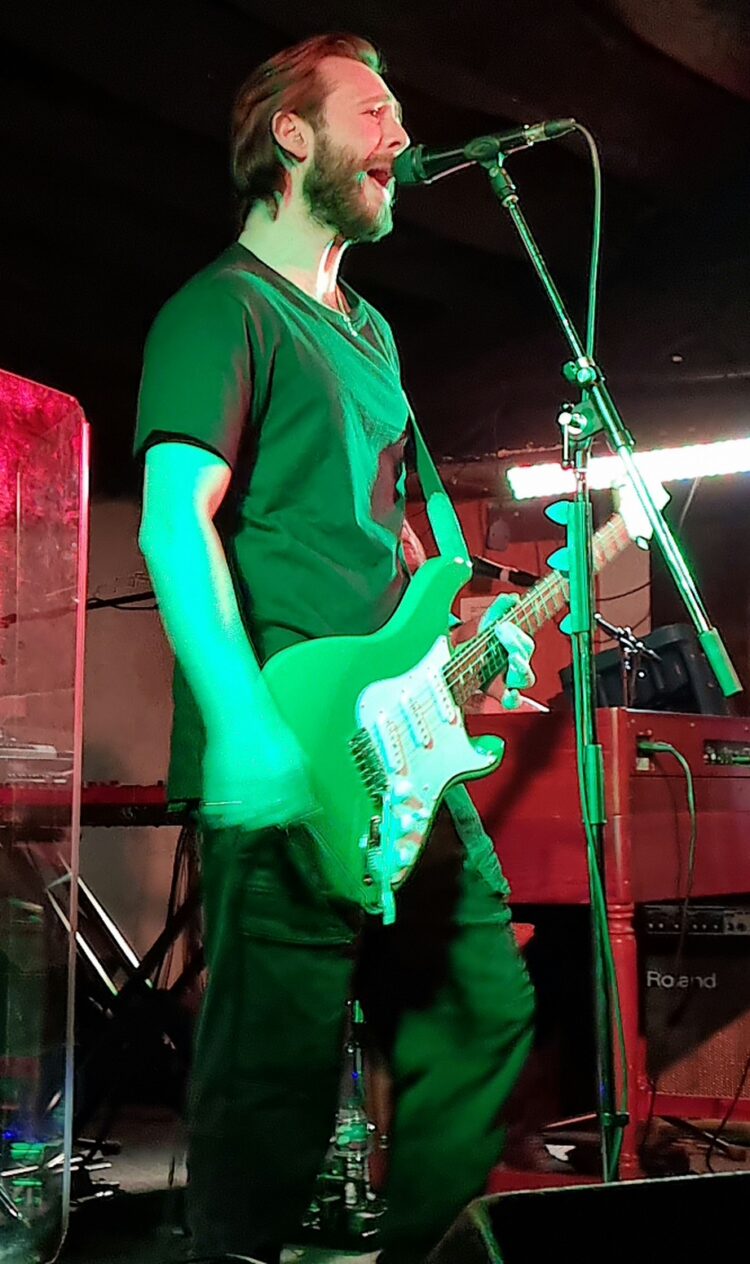 A bit like one of those TV shows where it says “previously….” at the start, well “previously on Maximum Volume Music” …..

Two weeks ago, we saw Laurence Jones open for Status Quo, and in the conclusion to the review, I wrote this: “It’s tough to make a judgement on a new look in half an hour in front of someone else’s gear, but I’ll say this. Laurence Jones is very much back, reinvigorated and it suits him so much better than some of his work over recent years.”

Now, usual reviewers wait for the end before doing a conclusion, but rules are made to be broken and all that.

Watching Laurence Jones headline for the first time for two and a half years, let me make it clear: the boy is better than ever.

For an hour and a half here he owns this stage, and he loves it again. He probably always did, but my goodness he never stops smiling. And the sound too, it’s a heavier, rockier band than it was (particularly in the era of “The Truth”) and this new edge is all the way through from “What’s It Gonna Be?” to the cover of Lead Belly’s “Good Morning Blues”.

There’s plenty of new songs here too (Jones explains they will be releasing a new album) and given the quality of “Anywhere With Me”, “Can’t Keep From Loving You” and later in the set “In Too Deep” well might this new look band be proud of them.

Each of them gets their own turn in the spotlight, but Bennett Holland is absolutely magnificent on “Don’t Need No Reason” – his Hammond work stunning, and meshing so well with Jones’ solo as it becomes a real centrepiece of the set.

It was seven and a half years ago when I first saw Laurence Jones (he was opening for Kenny Wayne Shepherd at a near hometown show for him in Leamington Spa) and back then “Thunder In The Sky” fulfilled that role then. Dusted off here, it is still as good as it ever was.

But, mostly, this is a rock show. This is a rocking band, and when Jones jokes “We’ve been out with Quo at all these posh places, it feels good to be somewhere that’s proper rock n roll,” he is not far from the truth of it all. He jokes that he wants “the best Quo moves before one of the highlights of the show “Stop Moving The House”. There is something utterly timeless about the piano that Holland plays.

Then there’s a couple of chunky riff-filled ones “Foolin’ Me” and the cover of “Purple Haze” and honestly, there’s a real chemistry in those and “Before You Accuse Me”, the Bo Diddley tune. “Tonight” ends the show, though, and underlines yet again just how good they are these days. It has twists and turns and the ending jam is a real raw thriller.

There is nothing better, in anything, then being there when someone fulfils the potential they’ve always had. That’s Laurence Jones right now. He’s always been the boy most likely, now he’s delivering, right before our eyes.