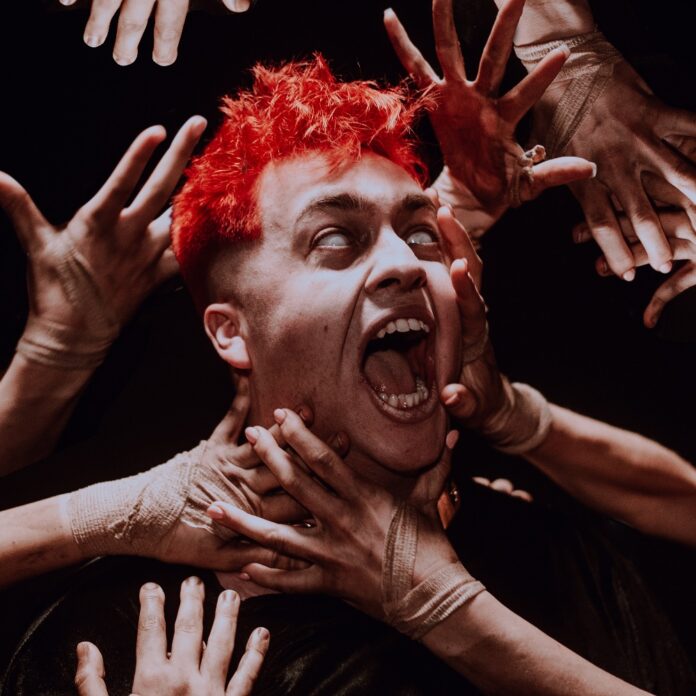 This is Kubrick‘s second collaboration with Ice Nine Kills after featuring on their 2018 track ‘Enjoy Your Slay’.

Kubrick will be playing his debut live show at London’s Underworld on 23rd April with TheCityIsOurs. Tickets available here. ‘Mannequin’ is the third stunning single from the unique new artist following the successful ‘Painfall‘ and ‘Devastate‘, which have gathered over 85,000 streams already.

Of the new single, Kubrick says: “‘Mannequin’ is my favourite track to date, it combines elements from two of my favourite genres, Dark Pop and Metal. The track details a deeply harrowing conflict I went through with a loved one. The lyrics are both dramatic and unflinchingly honest, if anyone has ever fallen out with one of the most important people in their lives this song will probably speak to ’em.”

Kubrick has been performing and composing his music in various guises for over a decade. A child of two opera singers, and grandson of the globally-famous film director that bears his name, Kubrick was constantly surrounded by creative influences.

Kubrick‘s favourite artists and composers are those who created music depicting their experiences of pain and loss, as well as horror and sci-fi soundtracks. Kubrick himself is no stranger to tragedy, losing his mother at a young age and subsequently his close friend and fellow bandmember in Shields.

“Whilst the trauma of these losses is something I wish I could erase,” states Kubrick, “the perspective I gained from those experiences helped me leaps and bounds in my ability to empathise with others. As well as lay a foundation for the type of music I now enjoy to create”.

Kubrick strives to release the most authentic and unforgivingly personal songs which his audience can also interpret in a multitude of ways. Driving his sound is his unique cocktail of growling guitars and cinematic synthesisers which blend seamlessly with his multi-varied vocal styles. Elements of artists as varied as Bring Me The Horizon,Billie Eilish, The Weeknd, and Linkin Park all can be heard from this truly talented new force.

As Kubrick emphasises, “I don’t think I will ever just stick to one “sound” or “genre” as my taste is continually evolving. My songwriting will never be dictated by what people want to hear, or what’s trending at any particular point. The plan is just to be unforgivably myself.”