KRUISE IT WITH GYPSY PISTOLEROS 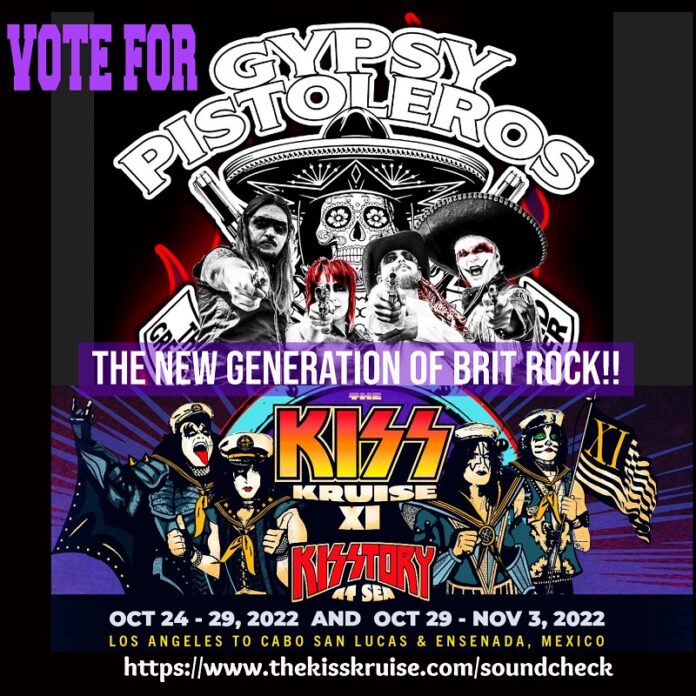 GYPSY PISTOLEROS have made it to the semi final to play KISS Kruise!! Totally out of the blue? The Flamenco Punk Glam Sleaze favourites are set to join KISS, Dokken, Warrant, L.A. Guns and Lita Ford,  Sebastian Bach of Skid Row fame, Stryper and Vixen.

The only UK band to be shortlisted !! It all depends on a public vote, link here https://www.thekisskruise.com/soundcheck/

Gypsy Pistoleros have now moved onto the main Off Yer Rocka roster with the next releases exclusively to this branch of the lavel. The new single will be released October 7th 2022 on CD & Vinyl.