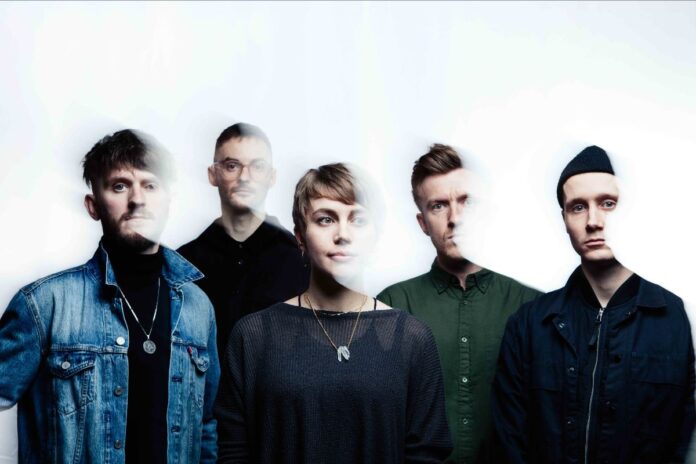 ROLO TOMASSI hare never a band to stand still, and can now announced ‘Closer (The Edits)’ EP, set for release on 5th August. The EP contains newly edited versions of the bands single ‘Closer’, which is taken from from their critically acclaimed album ‘Where Myth Becomes Memory’ that was released back in February earlier this year. The band teamed up with Daniel Avery and ATTLAS  and Ki Oni & Luke Elliot for the new edits, and release the Daniel Avery edit today, June 9th, on all DSP’s.

On working this edit and remix project, the band said “It was great to get the opportunity to have an artist like Daniel Avery produce this edit of the track. We’re big fans of his own work so jumped at the chance to have him work on it. Similarly with  ATTLAS, who has taken take ‘Closer’ and opened it up to a whole new audience with his incredible remix. It’s just so exciting to hear these other artists take elements from our songwriting and make something entirely new.”

A little about first collaborator, Daniel Avery:
Over the last decade Daniel Avery has cemented a worldwide reputation as one of the most original artists in contemporary electronic music. The release of the seminal debut Drone Logic in 2013 — an album defined by mentor Andrew Weatherall as “gimmick-free machine funk of the highest order” — is a record that still makes its presence felt today. A collaboration with synth master and Nine Inch Nails member Alessandro Cortini spawned the full length Illusion Of Time. The latest albums Together in Static  and Love + Light formed sister releases during lockdown and were further proof still of Avery’s range, delicacy and skill as a producer. A self-confessed late-starter to the world of dance floors, instead lured by the guitars of The Stooges and My Bloody Valentine during his teens, over time Avery became fascinated by the expansive possibilities of sound design and refined a beautifully brutal style distinctly his own.

Live wise, ROLO TOMASSI have recently announced a European headline run of dates for the summer that includes Basin Fire Fest in CZ, Full Force Festival in Germany, Roskilde festival in Denmark and their exclusive one and only UK festival date, 2000trees in July.

You can see Rolo Tomassi at the following dates: