THIS IS A TRIBUTE 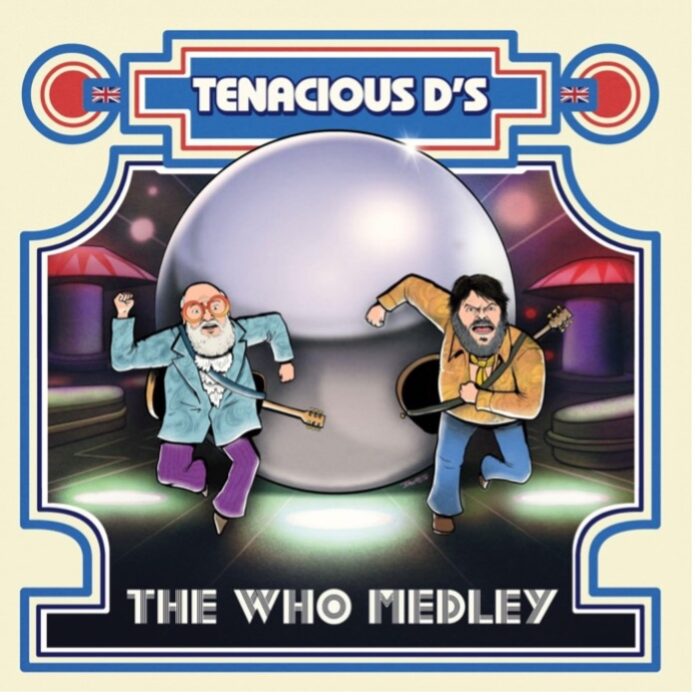 Tenacious D – the greatest band in the world, comprised of Jack Black and Kyle Gass – are back at it: covering classic tunes all in the name of an important cause (in addition to keeping rock ‘n’ roll alive, of course). They’ll also be hitting the road in the US this month, as well as launching their own line of fibre bars. There’s a lot of info in this press release, so let’s get into it:

Following the release of their sleeper hit cover of “Time Warp” to help save democracy in 2020, as well as their Beatles’ medley benefitting Doctors Without Borders in 2021, Tenacious D are thrilled to release 2022’s covers-for-charity project. This time around, they’ve covered some of The Who’s best songs ever – “Pinball Wizard,” “There’s A Doctor,” and “Go To The Mirror!” – in a medley done Tenacious D style, and the result is instantly iconic. Like their previous songs, the limited edition 7″ vinyl release of the medley will benefit a charity: all of the proceeds from vinyl sales will go to Everytown For Gun Safety.

Says the duo about the release, “Who better to deliver a tribute to the greatest rock opera of all times? Who? The D! That’s Who!! We’ve been working on this medley for 20 years. It’s finally ready to be unleashed. Crank it. It’s a humdinger. Enjoy.”

A video for the medley was directed and created by The D’s old friend, frequent collaborator, and fellow Who fan Liam Lynch, who helmed the band’s 2006 film The Pick Of Destiny.

The D are also pleased to announce they will be releasing their very own fiber bars line in conjunction with nutrition bar brand NuGo Nutrition. Titled Tenacious D Fibre D’Lish, the bars are packing delicious peanut butter, chocolate and of course FIBRE! – and are available HERE for a limited time only.

“Fibre bars? From Tenacious D? But why?” you might ask yourself. The band has the answer for you.

Says The D, “The world is so constipated right now. Never fear. Tenacious D to the rescue! Our new fibre bar is so Delicious and chock full of colon cleansing fibre…you will be dropping perfectly tapered Deuces in no time! You’re welcome, world! Enjoy.”

When on tour, the D never leave fibre behind. But rather than messing around with powders, they wanted a soft and chewy fibre bar that not only kept them regular, but tasted D’LISH!

NuGo Fibre D’Lish are the greatest fibre bars in the world because they were discovered by the greatest rock band in the world? Obviously!
Says NuGo Nutrition: We make fibre delicious. The D make it fun. We’re proud to be their #1 – to help with 2’s! Rock on!