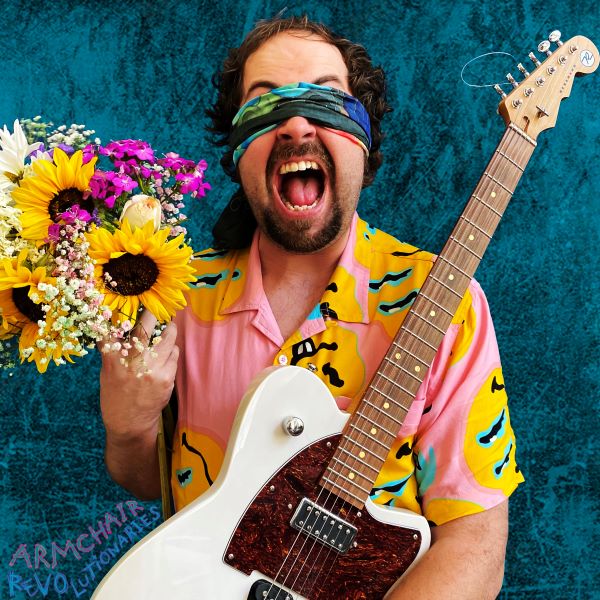 Fans have received a deep insight into the album with the steady release of the singles ‘Bummer’, ‘Nightmares’, ‘Plants’, ‘Dwelling’ and ‘Waiting to Get In’ showcasing the diversity and genre bending aural assault delivered by Kilfeather.

Armchair Revolutionaries is a neo art punk atom bomb filled with fury and oozing vats of psychedelic madness. Landing on planet earth from Golden Robot Global Entertainment’s Riot Records, Kilfeather is back from the cosmic warp of space to deliver a brand new 13 track cacophony of freak-out musical consciousness.

Armchair Revolutionaries is a reflection of our torn society within the broken mirror of time. With wailing angst for every wrong turn we have made against the frame of our universe, Kilfeather screams with every bit of intention. These songs are a DIY hive-mind collection of hymns about deteriorating mental health disguised in velvet cloaks of fuzz-drenched guitars and heavy, gelatinous hooked choruses.

Written, performed, and recorded entirely by Kilfeather himself, this album packs both a concrete punch and razor-sharp bite. The raw energy breaks down the barricades from your speakers and bombards your ears in a war like fashion.