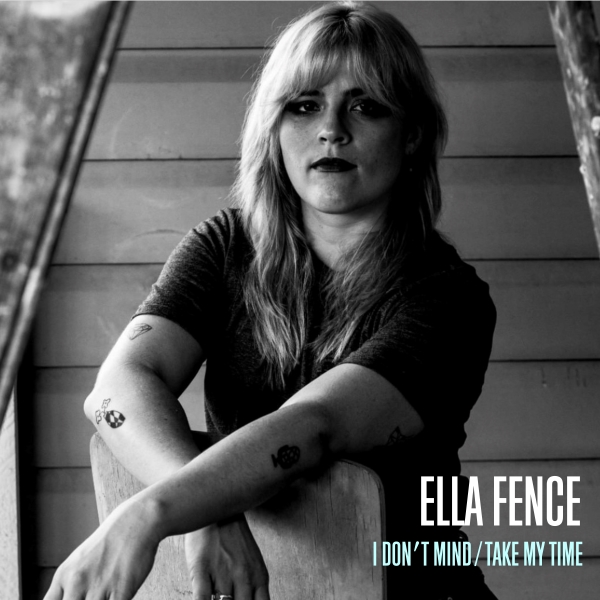 The first track is the power rock/pop blast ‘I Don’t Mind.’ ‘I Don’t Mind’ takes its lead from 1980’s female new wavers The Go Go’s and The Bangles. The songs upbeat and hooky, accompanied by frantic garage guitar, Booker T keys and Ella’s signature, force to be reckoned with vocals.

‘I Don’t Mind’ has the chords and the chorus, it’s a burst of cool, a cocktail of wild, frisky and spirited ‘I Don’t Mind’ will energise you.

Ella adds “‘I Don’t Mind’ has an attitude, a real swagger. It’s kind of, here hold this and I’ll sort it out.” Ella continues “It’s taking charge and as usual I’m taking care of business. That’s what women do right? You know, stand back, I got this?  As women we get things done and that’s the theme of ‘I Don’t Mind’ as the line in the song says ‘I can take it from here..'”

The second track is ‘Take My Time’ this song is dramatic and intense. ‘Take My Time’ just like the title implies is a tune that gradually builds. There’s a slow cooker simmer to this gem where Fence turns up the anticipation levels, the song taking hold as the listener primes themselves for the crescendo climax. ‘Take My Time’ is Ella Fence showcasing her acclaimed voice and delivering a masterclass in song-writing. There’s ‘unfenced’ vulnerability as well as a menacing hostility in this magnificent song, it’s a journey that will pull you along.