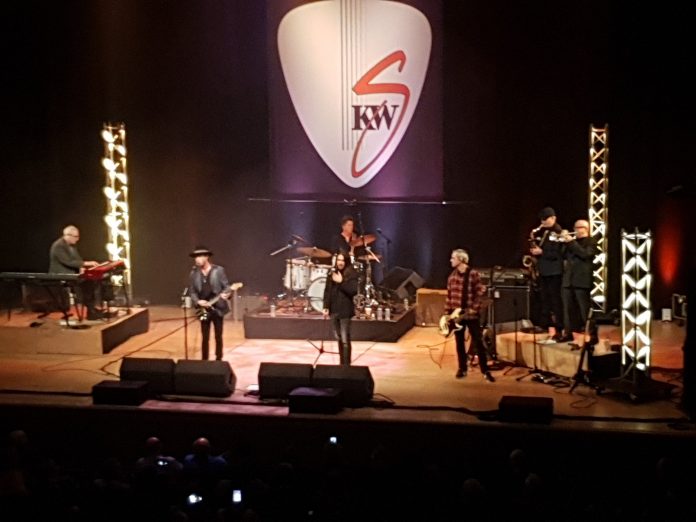 The first thing you notice about Danielle Nicole is that she has an incredible voice. Genuinely superb, deep, rich and expressive. It seems odd – perhaps – to say that you don’t even notice the songs she’s singing at first, but honestly, you don’t. The DN band are a three piece of real balance and skill, though, Nicole’s bass is the anchor from which it all flows. Her fellow Kansas resident Brandon Miller is a wonderful foil, though, and his guitar matches the vocals on the likes of “Pusher Man”. There is a heavy dose of soul about the sound too and an R and B (in the classic sense) flavour to “I’m Going Home”. They like a jam, and their 45 minutes is littered with that, “Lord, I Just Can’t Keep From Crying” is one of many that is extended, but it all makes sense when they play Zeppelin’s “The Ocean”, “you might be able to tell from my tattoos,” says the lady herself, “that I have heroes from here” – and she does them justice. Largely by not doing one of the “usual” ones bands do, if you will. “Save Me” ensures the one they leave us with is an original one, and it is shot through with the class that they all seem to possess. Expect to see more of Danielle Nicole. 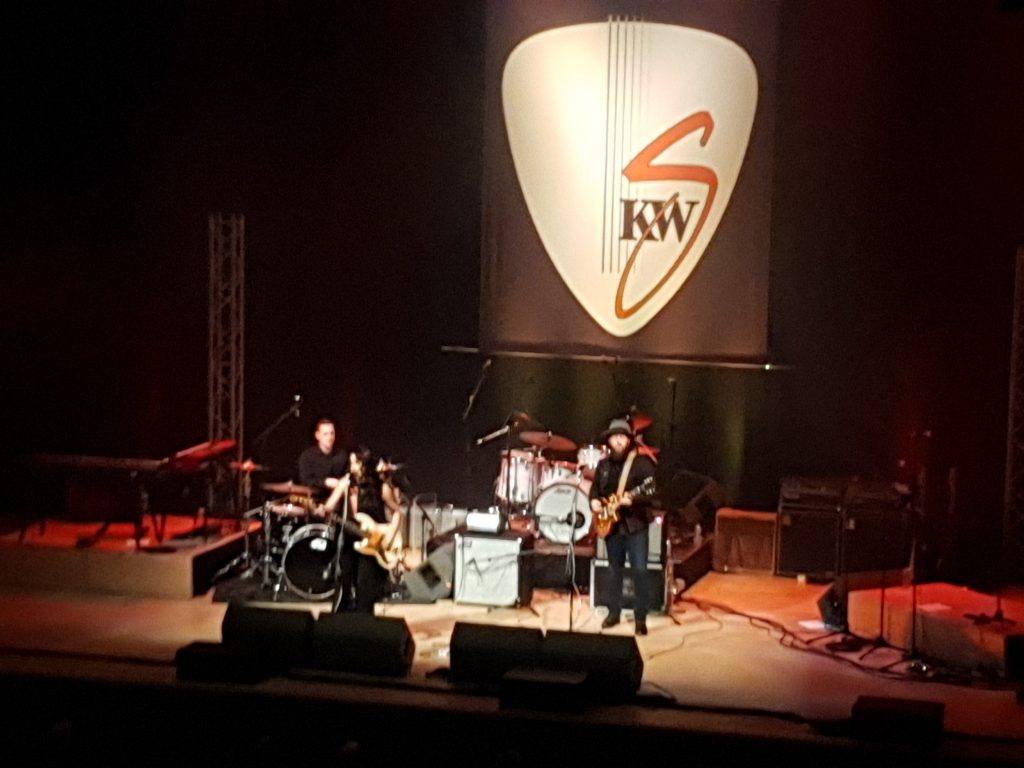 It is typical, I might suggest of Kenny Wayne Shepherd, that he doesn’t seem natural in the limelight. Until, that is, right at the end of the gig tonight when he rips through his version of “Voodoo Child (Slight Return)”. Many have tried. Few have owned it like this.

Only once before in this two hours (it is an extended set tonight to celebrate it being the last night of the tour) does singer Noah Hunt leave the stage. They are part way through “Shame, Shame Shame” when he casually says: “I am gonna step aside and let these boys play the blues” and right there, the KWS Band is just that – a band. And there aren’t many better.

They are in town tonight – and the Town Hall is packed – to back up their “The Traveler” (sic) record. I loved it when it came out in the summer, it was different, more southern rock (sort of ) than blues, and they are rightly proud of it, it seems. Four new ones right off the bat. “Woman Like You” is effortlessly cool, “Long Time Running” better still, and “I Want You” the pick of the bunch, and KWS himself seems more comfortable on vocals than ever he did back in 2015 – which staggeringly was the last time I’d seen him.

Over the years he has managed to get some fabulous material. “Diamond’s And Gold” is a fine example, but he’s also managed to become a brilliant interpreter of songs too. “Talk To Me Baby” is more than just the Elmore James classic here, it is the KWS reboot. Part of this is down to the expansion of the band to include a horn section, which gives things the taste of a New Orleans bar room at times, but also they seem in wonderfully confident mood here.

It doesn’t really matter whether it is on one of their new ones – the wonderful “We All Alright” is fun here too – or one of their covers, Joe Walsh’s “Turn To Stone” is a high point here. It could even be one of their older ones, “Blue Or Black” in the encore or the gorgeous “Heat Of The Sun” earlier in the night, whatever they do, The Kenny Wayne Shepherd Band, do it so well.

But there, right at the centre, is the man himself, and in the last few years he has – literally and metaphorically – found his voice, grown comfortable with his own music, and on this evidence, has never sounded better.