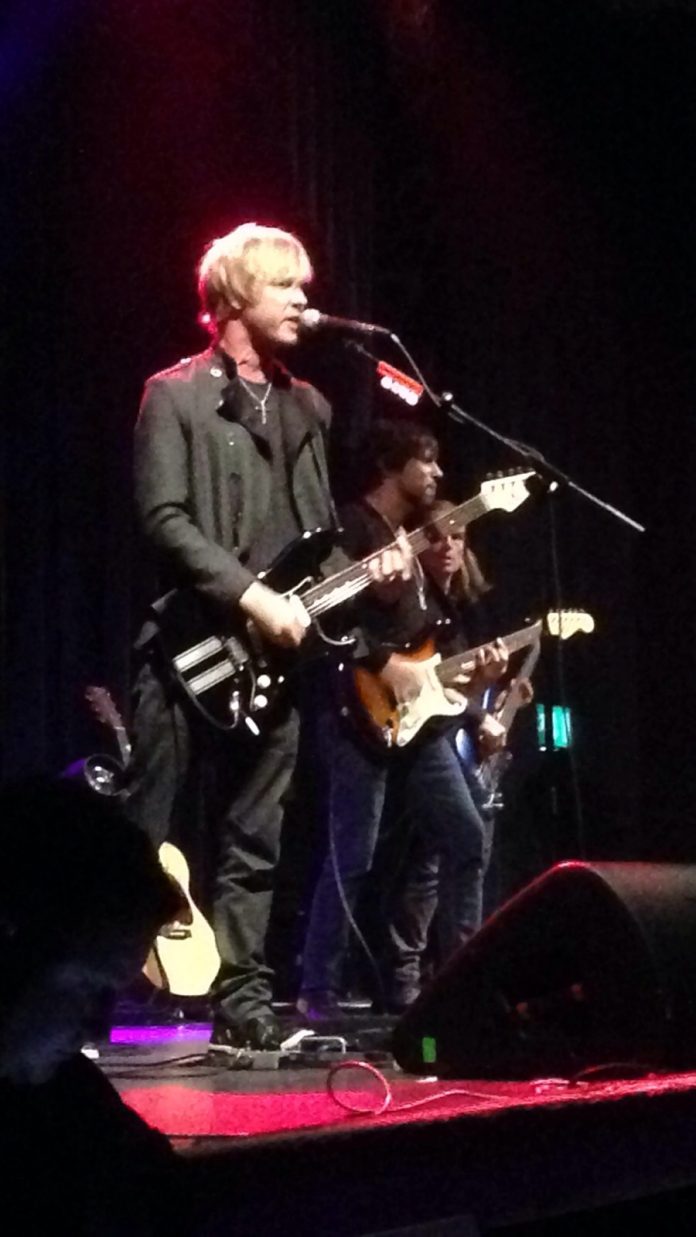 The next crossover star in Blues ends his tour in Leamington

This is the last night of the tour for Kenny Wayne Shepherd and his band. Leamington’s Assembly is packed and there is a real end of term feel about support Laurence Jones. That’s not to say the local lad isn’t on top form, because he is, more that there’s a freedom about the band. “Foolin’ Me” and “Fall From The Sky” have a real carefree feel, indeed, Jones is confident enough to instigate a singalong in the latter – he’s clearly enjoyed the shows, and my how it came through.

When, about twenty minutes later, the Kenny Wayne Shepherd band stroll out all dressed in black, they do so with the Stonesey groove of “Never Lookin’ Back” a real stomping opener, with the eponymous star of the show taking on the roll of sideman to singer Noah Hunt, indeed when Hunt is acting as frontman the KWS Band have a Free type quality, and any man that sounds like Paul Rogers is doing something right.

The fact that Dylan’s “Everything Is Broken” is transformed into a more traditional blues jam to follow, is merely evidence of how quickly – and how well – this gifted band can slide between styles.

Make no mistake though, this is a band, far more than some of the big blues acts. Joining Hunt are Tony Franklin (once of The Firm with Jimmy Page and the aforementioned Rogers) and ex Stevie Ray Vaughan sticksman Chris Layton. It’s not until the fourth song of the evening, a cover of Stevie Ray Vaughan’s “The House Is Rocking” that Shepherd takes centre stage, adding his own superb vocals to proceedings.

As if to emphasise the differences between KWS and other blues players, a cover of The Stooges punk classic “Search And Destroy” is aired with a smile instead of a sneer, before the enormous sounding “Heat Of The Sun” puts in more usual sonic surroundings.

This is a show that is equally happy with original material and blues standards, Elmore James’ “Talk To Me Baby” gives the place a real bar room feel and sees Shepherd cut loose, while a couple of BB King numbers from new album “Goin’ Home,” including “You Done Lost Your Good Thing” see him pay tribute to the greats, as well as featuring a quite superb solo.

Jones is back, jamming to great effect on “Shotgun Blues” which closes the main set in rabble rousing fashion, before a lengthy encore takes in Fleetwood Mac’s “Oh Well” before a brilliant take on “Voodoo Child,” complete with as much histrionics as you could wish for.

Despite his youthful appearance, and his mop of blonde hair which gives him the look of a surfer dude instead of a weatherbeaten blues god, Kenny Wayne Shepherd has been doing this for nearly twenty years – he plays his first single “De Ja Voodoo,” released in 1995, tonight and it sounds timeless – and those hard yards could be set to pay off.

The new Bonamassa? Nah, he’s too good to be in anyone’s shadow. How about in years to come, some young blues guitarist from a future generation is the new Kenny Wayne Shepherd.