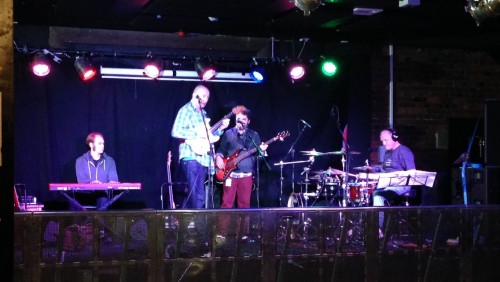 Some things just happen in life to make you believe that you actually are Marty McFly in ‘Back to the Future’.

There was no need though for a remodelled DeLorean…..all that was required  was a ticket for Francis Dunnery at the Slade Rooms on a wet Wednesday in October and hey presto I was transported back to Scruples nightclub in Wolverhampton March 1988 to watch It Bites unleash their album the Prog epic ‘Once Around The World’

Mr Dunnery was in great form….I know…I chatted to him pre-gig, and once he took to the stage with his utterly superb band we knew we were in for a great evening.
It Bites classics ‘I Got you….’ ‘Underneath Your Pillow’ ‘Old Man & The Angel’ ‘Still Too Young To Remember’ ‘Screaming On The Beaches’ and many more were delivered to a very appreciative audience who knew and sang along to each & every word. 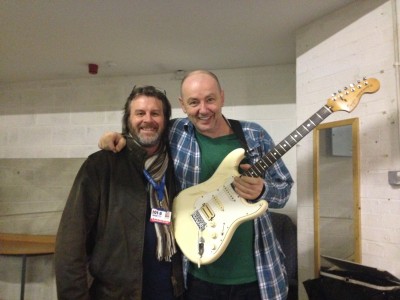 GARRY WITH FRANCIS
But the cherry on the icing on the cake was the full 15min epic title track of It Bites second album ‘Once Around The World,” a proper Prog white knuckle roller coaster ride and an absolute joy to behold, it’s nights like this which make you glad to be alive, and glad that 30 years on It Bites songs are still so well received.
The band should have been huge, but sadly the media didn’t embrace the brilliance that we as fans knew was right in front of us!
Francis Dunnery is a wonderful musician, a very likeable guy and someone you really shouldn’t miss next time he tours!!!