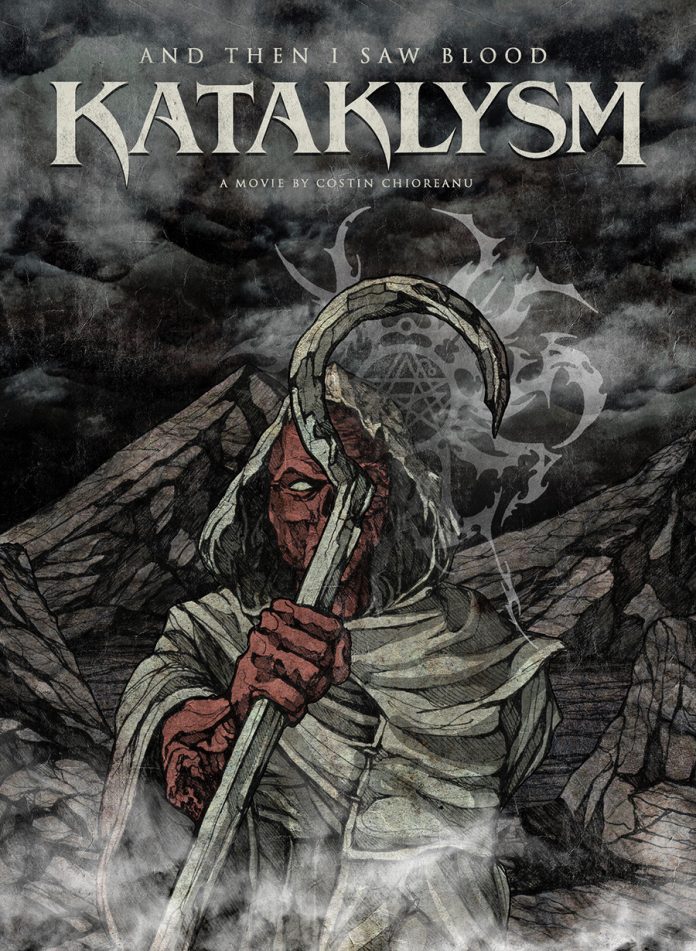 Montréal based melodic death metallers KATAKLYSM will kick off the European leg of the  Death… Is Just The Beginning tour with label-mates HYPOCRISY and THE SPIRIT this Thursday! Today, the band offer a new music video for ‘…And Then I Saw Blood’ in celebration of the upcoming trek.

KATAKLYSM explored a new creative and artistic side when they hired acclaimed Romanian visionary artist Costin Chioreanu to tell the story of ‘…And Then I Saw Blood’. The video chronicles a post-apocalyptic world dominated by A.I. Two dying brothers are brought to a facility where their minds are uploaded into a digital virtual world dominated and controlled by oppressors of mankind. As hope appears to defy the system in place, the two brothers are forced to make a decision to either follow their human instinct or their new found conscious.

KATAKLYSM frontman Maurizio comments “‘…And Then I Saw Blood’ can be interpreted in many different ways as it has an open concept to it. Everyone can see it the way they want but we wanted an animated video done with an artistic flair. Costin was the perfect artist to do it. I told him the central theme of the track deals with the betrayal of two close friends. I asked him to bring in his own world on how he envisioned the song and theme. Costin totally out did himself in this futuristic but realistic interpretation of where we are headed as people continue to get absorbed by technology and this urge to create something bigger, stronger, and more intelligent in this obsession to become godlike.”

Watch the music video for ‘…And Then I Saw Blood‘ here: youtu.be/7-a5D7YIrdU

The legendary compilation Death Is Just The Beginning is back! A wealth of highlights can be expected from this collection – including the classic Kataklysm track ‘The Awakener’, Hypocrisy offer up a cover version of ‘They Lie’ (The Exploited) and The Spirit will be providing a track from their Nuclear Blast label debut Sounds From The Vortex. Besides current songs from the likes of Brujeria, Carcass, Paradise Lost and Thy Art Is Murder, Death Is Just The Beginning also has lots of rarities to offer. Benediction, Memoriam and Possessed are guaranteed to destroy your neck muscles with some special demos.

As well as Bleeding Gods, a few other new Nuclear Blast signings will also be making an appearance, including Germany’s dark melodic death metallers Nailed To Obscurity and US progressive/extreme metallers Aenimus.

Fans of cover versions take note! Immolation cover ‘Morbid Visions’ by Sepultura and are joined by none other than Max Cavalera – and Decapitated let you hear their interpretation of Meshuggah‘s ‘Sane’.

There are no excuses – the Death Is Just The Beginning series is impossible to beat. MMXVIII contains some high-class acts and fantastic newcomers, hoping to win over even more fans to Nuclear Blast’sstylistically varied range.

The tracklisting reads as follows:

The legendary Nuclear Blast compilation Death …Is Just The Beginning MMXVII will be in stores on October 19th, 2018.
Previous article
HERE’S ANNIE, WE’VE GOT THE PROOF
Next article
MAX TALKS RANDY