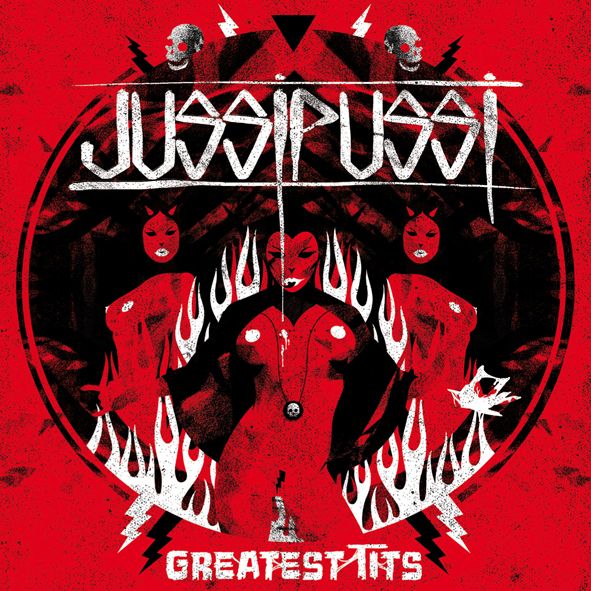 Fascinated by a famous type of Finnish bread called Jussipussi, four Milan-based guys from the deep south of Italy, start jamming together in October 2013. Seven rehearsals later, the six songs that make up Greatest Tits see the light. And those proverbial Tits are the breasts that feed wars, online narcissism, ruthless competition at work. In short, super serious stuff, even though those guys from the deep south of Italy are not that serious at all. What they would really dream of, instead, is tasting a piece of Jussipussi and ham, surrounded by blonde Finnish girls.

The band say: “If you like Jussipussi, you also love Queens Of The Stone Age, Mastodon, Clutch and Red Fang. It’s as simple as that.”

The album has been published by Taxi Driver Records in May 2015, in CD and digital format.