JUNO WHAT I MEAN, TESSERACT 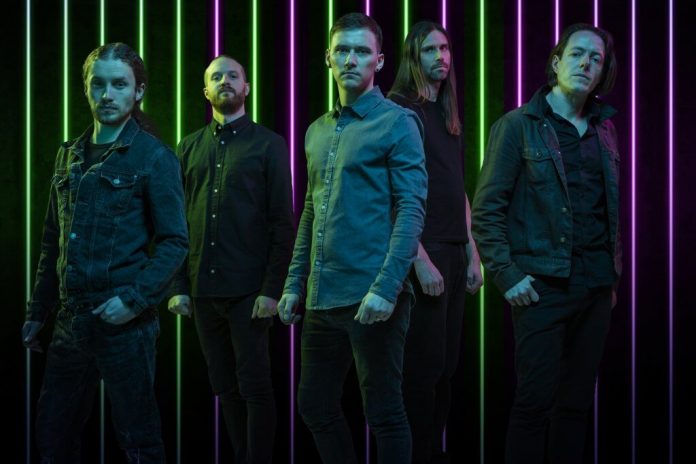 “The crushing epiphany and awakening to the constraints placed upon ‘free’ life; existence comes with a price.”

With their worldwide Sonder tour preparing to hit European & UK stages next month TesseracT have released a new video for the track “Juno” taken from their new studio album Sonder.

TesseracT vocalist & lyricist, Dan Tomkins explains the importance of the track within Sonder, “Writing the lyrics for this album was a cathartic experience and I feel that “Juno” is probably the epitome of Sonder. We wanted to create a video that symbolised the realisation of the constraints that are placed on life. “Juno” is the embodiment of that feeling.” He continues “Having worked with Dark Fable Media multiple times, I have grown to love what they do and how they operate. TesseracT have wanted to work with them for a long time now, so this video was a real joy to work on.”

Amos Williams, TesseracT’s bassist, talks us through the filming process “Technically this was intense as we filmed everything at double speed to get a weird fantasy vibe that was still in time when replayed at normal speed. Of all the tracks we could have chosen to try this technique, Juno is not the easiest. But, we think the results show for themselves it was worth it! ”

Ahead of next month’s tour guitarist James Monteith checks in to tell fans what they can expect from the shows “Following our biggest US headline tour yet and an absolutely amazing festival season, we are super excited to take the Sonder World Tour to Europe and home to the UK this autumn. The support we’ve received for the new material from old fans and new has been amazing on this run so far, and we can’t wait to play it to all of you. We may also throw in some more material that we haven’t yet played! Plus, we’re going out with our good friends in BTBAM and Plini, so make sure you get there early as it’ll be an awesome show from start to finish.”

Tickets for the tour are available here www.tesseractband.co.uk

Support from Between The Buried & Me + Plini

Previous article
OPETH PUT ON A SHOW
Next article
PROPAGANDA. NOTHING MORE