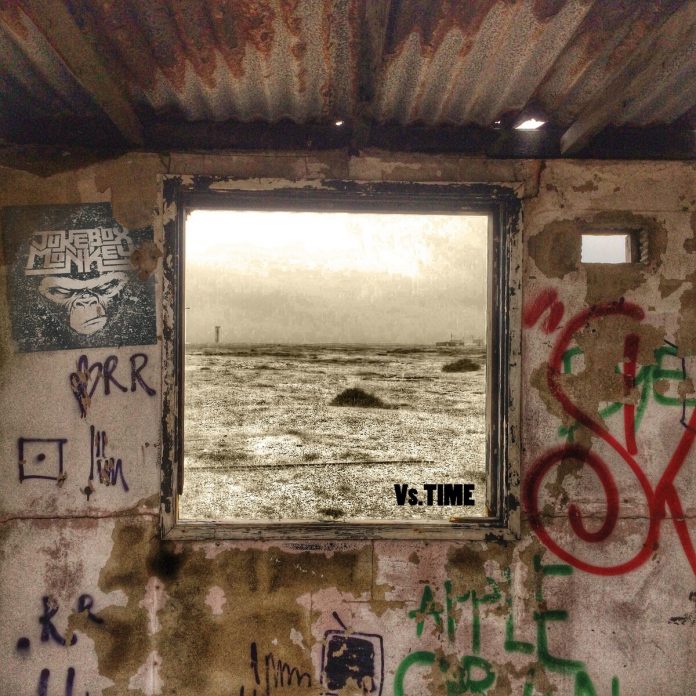 Sometimes you can’t tell much from what bands claim as influences. However, on their Facebook page Jukebox Monkey claim to take their cue from bands like Clutch, Monster Magnet and (the incredible – and incredibly underrated supergroup) The Damned Things.

There are two things to say here: first any band who claims those three as interests has much to discuss with MVM, and rather more importantly secondly, on “Vs Time,” Jukebox Monkey pull off their aims – and then some.

The five tracks that make up this rather glorious little gem, rumble, they crunch, they riff, they rock they roll, but here’s the kicker, like that The Damned Things record, there’s just just enough modernity to set this apart.

There’s a touch of Southern Rock about the opener “The Mirror,” which uses a huge intro to work it’s way in and not let go, before it’s chorus concludes that “what you can’t see in the mirror ain’t worth seeing at all.” At six minutes this is no knee trembler of a beginning and it allows itself plenty of room to breathe.

A mighty riff ushers in “Peacetime People Ain’t Worth Fighting For.” It too, takes it’s own pace to meander around through plenty of twists of turns as singer/guitarist Chris stretches out, a pattern which is continued by “Dead Wait.” Sounding not unlike early Stone Temple Pilots or Facelift era AIC at their heaviest, it’s a superb track.

It says much for the quality here that “Wolves,” which follows, is even better. It’s hook won’t let go, built around something that could have been on Corrosion Of Conformity’s “Wiseblood” record, it is the standout moment here amongst many.

Happily there is no let up here as “Undo, Undo, Undo” ends things. It’s opening solo gives way to perhaps “Vs Time’s” heaviest track, finding the band wanting “all their years back.” It is a conclusion that is very much in keeping with what has gone before.

This is their second EP. 2013’s “Southern Tried” was a fine debut. “Vs. Time,” though, has an urgency, a confidence and a quality to the songwriting, that sees them step things up a notch. Time might be against Jukebox Monkey, but nothing else is.