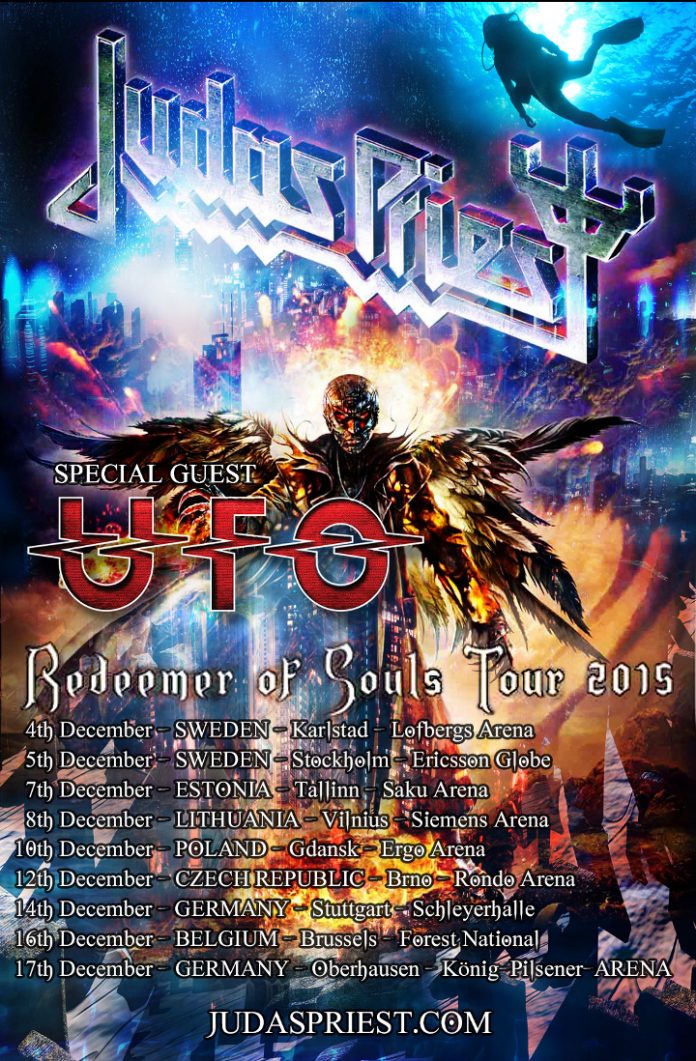 Legends team up for  tour dates this week

UFO will be opening for Judas Priest as the latter tour continues into Europe this week.

Rob De Luca of UFO said: I’m psyched to announce UFO is supporting Judas Priest on their Winter EU tour!” The dates are as follows:

“I’m really looking forward to watching The Metal God and co. every night, and visiting that part of the globe again! Also, UFO just ended an amazing eight country run that brought us all over Europe. The songs from “A Conspiracy Of Stars” are going over very well and audiences were loud and inspiring. (We love the football chants!). Thanks so much to everyone who came out!”

It will be worth seeing too. Here’s MV’s thoughts on the Judas Priest gig in Wolverhampton last week