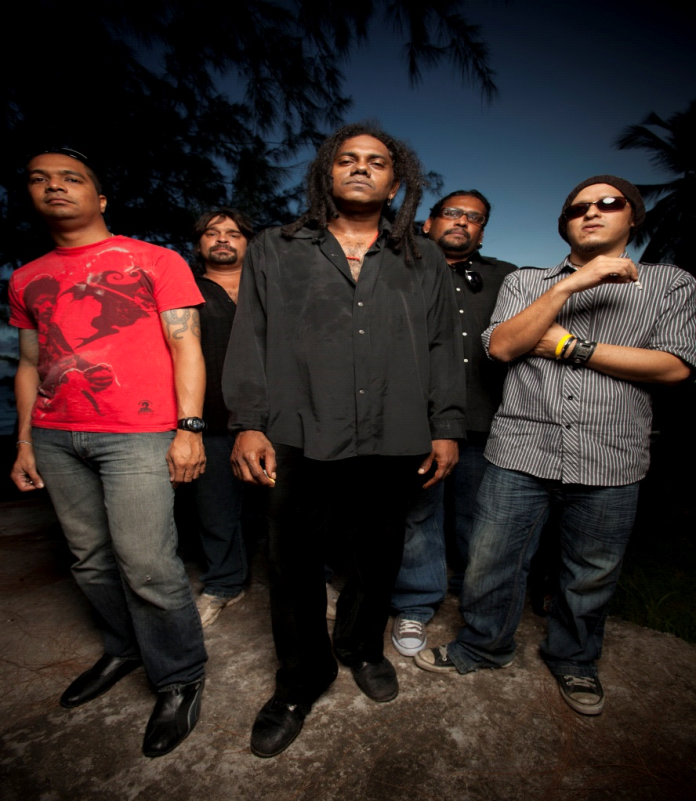 Jamaican rock n roll sensations, Jointpop have released a new album. The first single, “Simply Beautiful”  with its arresting piano riff and rip-roaring guitar solo, “Simply Beautiful” catalogues a series of personal shortcomings—to a fed-up lover? to bandmates at the end of their tether?—before the plaintive declaration: “You’re simply beautiful”.

Formed by lead singer song/writer Gary Hector in 1996 out of the debris of his old group Oddfellows Local– the seminal Caribbean rock n roll band of the 90s — jointpop was an evolutionary leap in the musical experimentation of Hector’s sound.

Formed with some of the most sensitive musicians of T&T’s underground circuit and marshaled by Hector’s brilliant piercing social commentary rock and roll songs, the band quickly became the benchmark of the brilliant local alternative music scene with music and songs that had a ready international appeal without sacrificing any of its local relevance.

The secret is the fact that Gary Hector is one of the greatest songwriters that the Caribbean has produced, and is one of its best kept secrets. Apart from this, Hector has always shown a very un-Trinidadian penchant for recording albums. The testament is a collection of six albums which constitute the best produced discography of any Trinidad and Tobago act of the last 20 years.

The live jointpop experience  has been seen by fans in the USA and UK ( 3 tours) with gigs at  legendary  venues such  as, CBGB’S ( NYC), 100 Club, The Dublin Castle,  Hope and Anchor (London) and The Hootananny ( Inverness, Scotland).