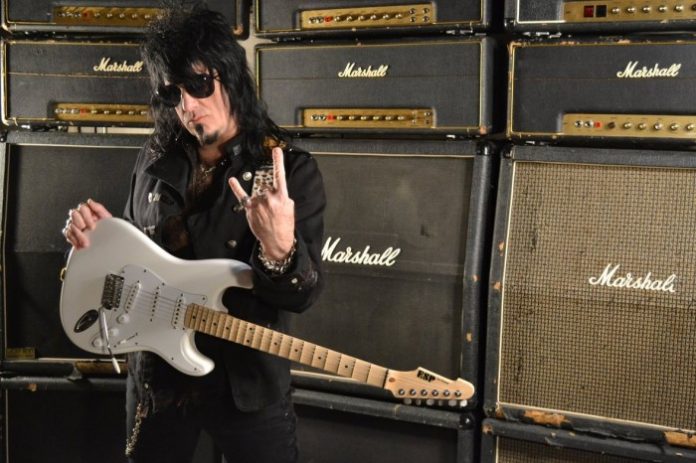 American Shred Guitar legend JOE STUMP returns with the best album of a career spanning over 20 years. His new record The Dark Lord Rises is home to 11 new tracks full of the guitar abuse Joe’s worldwide legion of fans know and love all delivered in his inimitable style.

Dark, brooding and oozing with major attitude, The Dark Lord Rises delivers Joe’s incredible playing, showcased nicely inside very listenable musical songs that utilize influences from various schools of metal and hard rock. It will appeal to both guitar enthusiasts as well as fans of guitar driven metal.

To those of you in guitar and metal circles Joe Stump should need no introduction. The Shredlord has been raining down full throttle neoclassical shred/speed metal since Guitar Dominance was released over 20 years ago. He is one of the most intense and over the top guitarists on the planet and his maniacal guitar driven releases are amazing displays of power and jaw dropping technical command. He was named by Guitar One magazine as one of the top 10 fastest shredders of all time, by Guitar World as one of the 50 fastest players of all time and by Guitarist magazine as one of the top 20 shredders of all time. He has appeared in countless guitar and metal based publications, fanzines and webzines worldwide.

Joe Stump has toured the world both as a solo artist and with metal bands Joe Stump`s Reign Of Terror, HolyHell, RavenLord and Exorcism. Joe`s also an Associate Professor at the esteemed Berklee College of Music where he has been the metal/shred guitar specialist for the last 22 years.

The Dark Lord Rises marks Joe`s 10th solo record and once again the Shredlord has raised his game in every technical aspect while continuing to power up the guitar shred game into uncharted territory. 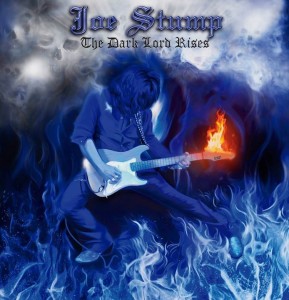 1. Hostile Takeover
2. Stratomaster
3. Out for Blood
4. The Black Knight Returns
5. Tortured Soul
6. The Dark Lord’s Allegro
7. Staring into the Abyss
8. Concerto No. 2 in B Flat Minor
9. Neo-Cl;assical Shredfest No. 4
10. Battle Tested
11. Brothers in Shred (Bonus Track)

For the latest Joe Stump news and show dates, visit his official and record label websites:

Previous article
Galleon Sails In
Next article
…And Breathe