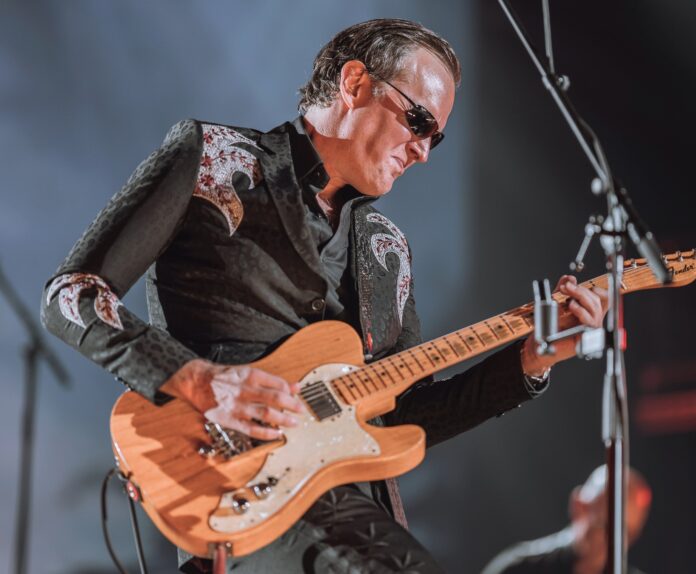 Grammy-nominated blues-rock guitarist and singer-songwriter Joe Bonamassa returns to tour the UK for the first time in three years, when he performs five concerts in April and May 2022.
The tour starts on Wednesday 20 April at Glasgow’s The Armadillo, followed by Cardiff Motorpoint Arena on Friday 22 April, Brighton Centre on Saturday 23 April, and two nights at the Royal Albert Hall on Thursday 5 May and Friday 6 May.

Joe’s 2022 UK tour will feature the guitarist performing alongside a hand-picked group of world-class musicians playing songs from his forthcoming studio album Time Clocks, as well as tracks from his vast catalogue of albums such as Royal Tea, Redemption, Blues of Desperation and The Ballad of John Henry, plus classic Bonamassa fan favourites.

Previous article
REVIEW: ERIC PASLAY – EVEN IF IT BREAKS YOUR BAREFOOT FRIDAY NIGHT (2022)
Next article
JO READY TO GO