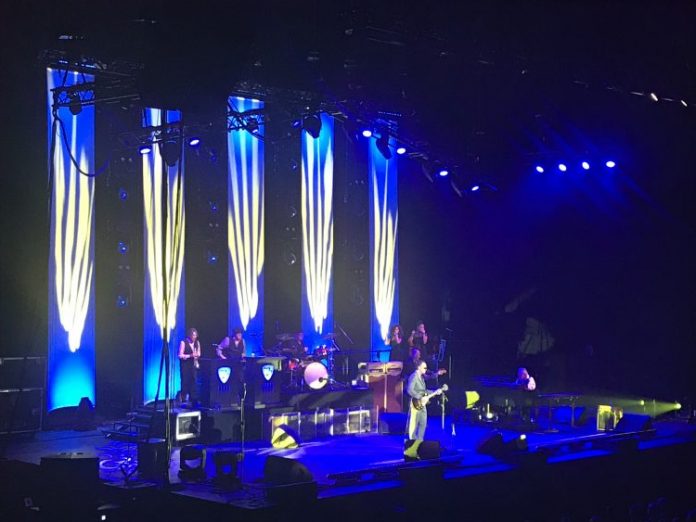 You can probably thank Rush for this.

A decade or so back I got into Geddy and the boys in a pretty big way. Realising they were on tour, I looked to see where, only to find that they’d played the arena near where I live a week before.

Vowing never to have this happen again I set about making sure I always listened to anyone that was coming vaguely near where I live, just in case.

So it was that a hot young blues guitar player announced a show in Wolverhampton as he stepped up the bigger venues and I listened to a song called “Sloe Gin”. I’d bought a ticket before the track was done.

Since that show, in April 2009, much has happened. Joe Bonamassa has essentially morphed from the greatest up and coming blues man of his generation into the simply the best. Along the way he also became one of the finest singer/songwriters around, he’s in the best hard rock band (Black Country Communion) and he’s released lord knows how many albums and toured countless times.

To that end, this is basically the same show that he played in March. With a couple of key differences. Firstly the three new songs he played then are now out, and they’re probably even better now you know them.

“King Bee Shakedown”, the perfect vehicle for this marvelous band to introduce itself. “Evil Mama” with its Led Zep homage is heavy. Those and the funky as anything, “Just Cos You Can Don’t Mean You Should” all show why “Redemption” is album of the year material.

Then comes “Self-Inflicted Wounds” and if ever you needed to witness his evolution – I used the word “bravery” last time and it’s still apt – as an artist, then it’s right here.

That’s the last of the new songs. The remaining 90 minutes is covers and older stuff. The older tunes, though, are given a new lease of life by the horns of Lee Thornburg and Paulie Cerra – who absolutely drive the sound, almost as much as JB himself. This is particularly true of the “Blues Of Desperation” pair of “No Good Place For The Lonely” and the even better “How Deep This River Runs.”

“Slow Train” like last time, is mostly sung by the majestic, soulful voices of Jade MacRae and Juanita Tippins, but there’s a sloe of a different kind this time too, unlike the Spring, as Reece Wymans tinkles the start of “Sloe Gin” – and goodness me, what a version this is.

It’s interesting the way people watch a Bonamassa gig. It’s not raucous at all. More reverential awe, as if they’re waiting for the next jaw-dropping piece of brilliance like “Breaking Up Somebody’s Home” – wherein JB really cuts loose – or the rock n roll of Led Zep’s “Boogie With Stu”.

The star – and you imagine being a frontman still doesn’t come easy – beckons his people to their feet for “Last Kiss”, before going off to return with an encore of “Mountain Time”. “It’s a long one” he jokes. “And It meanders in the middle”.

He’s half right. It’s long, but like everything else, it’s truly spellbinding. We’re surely getting to the point where we’ll have to stop calling these Joe Bonamassa concerts. Such is the form he’s in at the moment, it’s more like he – together with this incredible band – grant you an audience.