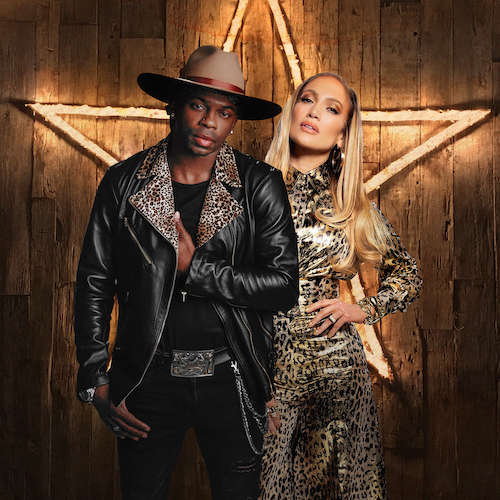 As the release of his highly-anticipated third studio album Tulip Drive nears, GRAMMY Award nominated, multi-platinum recording artist Jimmie Allen has revealed the record’s 17-song tracklist. Tulip Drive will arrive Friday, 24 June via BMG/BBR Music Group. Additionally, the album’s pre-order and first instant grat track – ‘on my way‘ (Jimmie Allen & Jennifer Lopez) – will be available on Friday, 27 May. Tulip Drive is available for pre-save and pre-add HERE. “This is the first [album] where I chose to write songs about my own personal experiences, thoughts and hopes,” Allen has said of Tulip Drive. The result is a body of work that reflects his signature approach to music and continues to solidify his superstar ascent. Much like its predecessors, the album’s title is deeply personal to Allen’s family ties – Tulip Drive is the name of the street his late grandmother grew up on. Allen’s 2018 debut album Mercury Lane was named for the street Allen grew up on, and his 2020 & 2021 releases, Bettie James & Bettie James Gold Edition, were named for his grandmother (Bettie Snead) and father (James “Big Jim” Allen), who passed away in 2014 and 2019, respectively.  Beginning this Autumn and through Spring 2023, Allen will take his impressive live show to 43 arenas nationwide as special guest on all dates of Carrie Underwood‘s THE DENIM & RHINESTONES TOUR. Tickets for all dates are on sale now. For more information, click HERE. Allen has been on the road on the Down Home Tour since its sold out start in February. The 20+ date trek marked his first solo headline tour and will conclude with the second annual Bettie James Fest on 13 August at Hudson Fields in Allen’s hometown of Milton, DE. This year’s slate of performers include We The Kings, Lainey Wilson, Neon Union, Chayce Beckham,JJ Ruppand Kounty. Allen will once again serve as headliner for the festival, which he established in 2021 in honour of his grandmother and father. Tickets to the festival are on sale here. Most recently, Allen was nominated for Best New Artist at the 64th Annual GRAMMY® Awards, Male Artist of the Year at the 57th ACM Awards (which he co-hosted alongside Dolly Parton & Gabby Barrett) and Outstanding New Artist at the 53rd NAACP Image Awards. He is the reigning CMA New Artist of the Year and earned his third career No. 1 with ‘Freedom Was A Highway’ in February.  Jimmie Allen – Tulip Drive Tracklist: