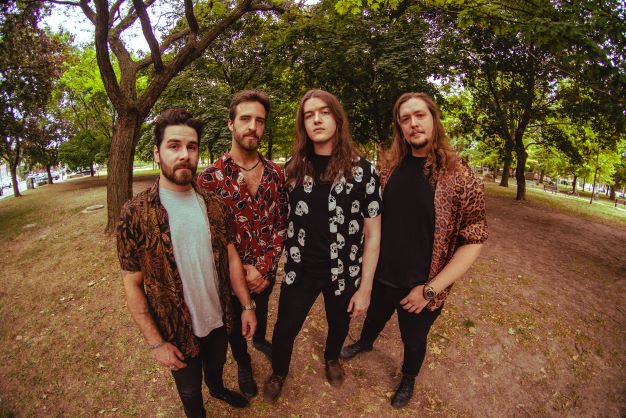 Winners of the “Best Live Band” title at the 2022 Mississauga Music Awards, The Jailbirds are a band you need to see live, known for their on-stage heavy hitting sound and their love of a good, loud rock show.

Their cover version of Deep Purple’s “Highway Star” has become one of their live show staples. Everyone’s familiar with this classic, legendary song, but it was important for the band to make it their own, and not just play it exactly like the original, cause otherwise what’s the point? The band altered some parts, put them through those Jailbirds sound filters, to make it an authentic cover.

They specifically kept the same tones as some of their other songs like “All I Need” and “Watery Grave,” to make sure this was a recognizable Jailbirds song.

“‘Highway Star’ was the first cover song we learned as a band when starting The Jailbirds,” explains frontman Myke Penney. “In our opinion, it had everything a band needed to be able to do, packed into one song. The solos, the rhythms, the vocals, it’s all there, and it’s all on 11. It proved to be a fun way to get a crowd’s attention as well, especially if they aren’t familiar with our music yet. We frequently start off our setlist with this track, because it’s really one of those songs that people can’t look away from while any band is attempting it to see if they can pull it off.”