We’ve covered a Finnish band called Jac Dalton. This is the Jac Dalton

Jac Dalton was born and raised in North Carolina before calling Adelaide home. He has always been a world-class performer and musician but supplements this passion with his love of being both a chiropractor and Functional Neurologist.

Jac has raised the bar considerably for contemporary Oz rock, following in the steps of other local native sons who have carved major notches in the genre over the decades. With the collaboration’s ‘all killer, no filler’ repertoire, soaring five-part harmonies, thrashing guitar climaxes – all wrapped around uplifting sentiments – assures an unforgettable performance that resonates not only across global borders, but generations.

Comprising some of the absolute best of Aussie talent, from soaring vocals, intricate harmonies and inspiring screaming guitars to positive uplifting messages, the Jac Dalton band distils an edgy blend of classic melodic rock that pays homage to the Great South Land while forging an unmistakable international identity.

Having broken new ground with his first release, the country/rock crossover CD, ‘From Both Sides’and received huge critical acclaim for the rock monster ‘Icarus’ (with the video ‘For Your Love’ from this album receiving over 278,000 views!), Jac looks now to set the bar even higher with this fantastic 3rd album, ‘Powderkeg’ and the stunning video for this track! 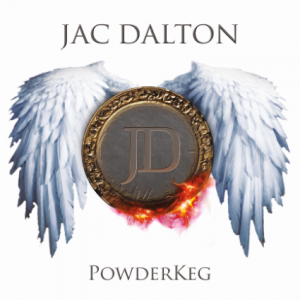