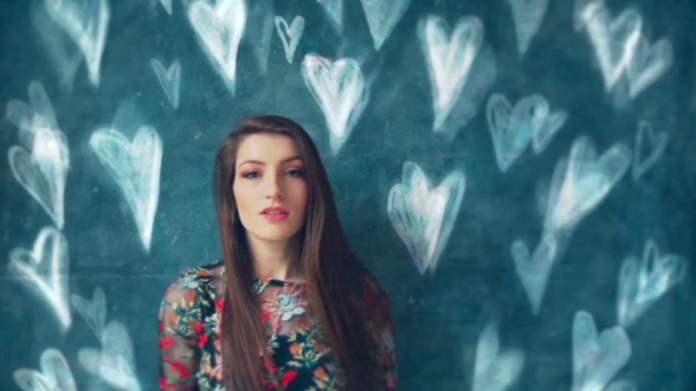 Everything’s heating up for Catherine McGrath.

After selling out her first headline show at The Camden Assembly earlier this week, she’s now preparing to play at C2C at London’s O2 this weekend where she’ll perform on the BBC Radio 2 Stage. To coincide, Catherine now shares a new visual for her current track

Her ninth consecutive track to be added to the New Music Friday UK playlist, ‘Thought It Was Gonna Be Me’ follows Catherine’s recent single ‘Talk of This Town’ which secured her first Radio 1 airplay and was playlisted at Radio 2, where she also performed a session for Michael Ball. Catherine has also been tipped by The Sun and The Independent, and featured on the cover of Music Week’s Class of 2018 issue.

Produced by Steve Robson (One Direction, Take That), ‘Thought It Was Gonna Be Me’ demonstrates why country and pop fans across the UK and Ireland are falling in love with the fast-rising young singer and songwriter.

“It’s about seeing a guy for the first time in a while and thinking you had something between you, then finding out he’s with somebody else,” says Catherine.

Catherine McGrath’s reputation is continuing to soar after earning praise for her EPsOne and Starting From Now as well as single ‘Talk Of This Town’. Her songwriting ability has seen her work with top names in Nashville and in the UK including Liz Rose (Taylor Swift) and Jimmy Robbins (Kelly Clarkson, Miranda Lambert).

Having previously supported the likes of Dan + Shay, Picture This, Kelsea Ballerini and The Shires, Catherine McGrath builds on her sold-out Camden Assembly show with the news that her next London headline show at Bush Hall is now sold-out two months in advance. Her festival plans are also taking shape with Live at Leeds and the Isle of Wight Festival also confirmed.