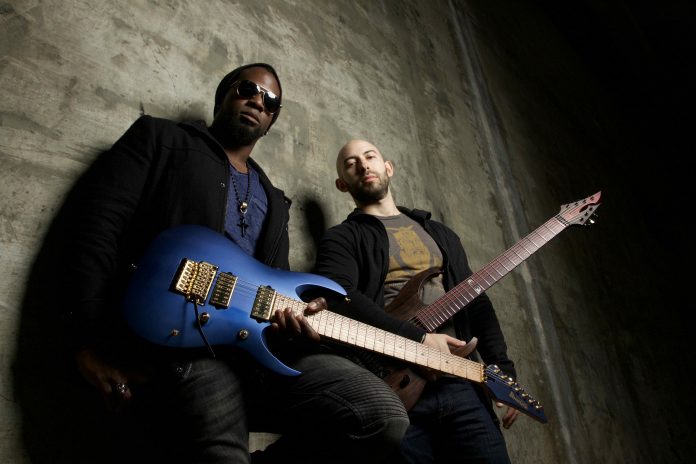 Welcome to the world of HYVMINE! The band has exclusively partnered with Loudwire to present the crushing, new album’s title track, “Retaliation.” Click on the link below now to check it out. For fans of Sevendust, Stone Sour and Trivium.

This is NOT a progressive metal song. It’s HYVMINE truly cultivating their own hybrid sound putting them in a class all of their own!

Al Joseph (lead vocals, lead guitars) states: “We decided to call our second full-length album, Retaliation, because it perfectly reflects the band’s mantra; a movement within the #HyvNation (our fans/family) for true self-empowerment of the body, mind and soul!

“Retaliation is a big middle finger in the face of ALL those naysayers and negative assholes who try to rip people down, instead of providing them a support system to build them up. HYVMINE will be that support system and Retaliation is not meant to meant as a ‘violent attack’ taken in literal form, instead it’s simply urging those stuck in life to ‘retaliate’ against whatever is holding them back from moving forward (alcohol, drugs, pure laziness or terrible people around them).”

New album is slated for 2019 via Seek and Strike. For more information head over to https://www.facebook.com/hyvmineband